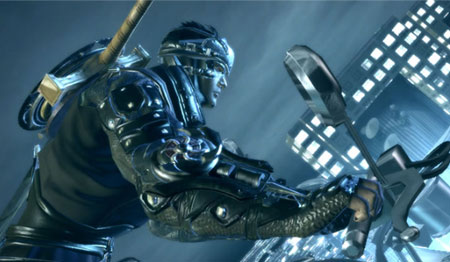 Microsoft partners up with FromSoftware to announce the availability of the highly exciting Ninja Blade title. Gamers can now get ready for some high-flying action as the game reaches stores in North America.

Bringing a refreshing twist to the classic ninja legend, the novel game is a blend of traditional ninja skills with the latest technology. The distinct fusion will allow gamers to experience some of the best features of the modern epic.

Uniquely positioned above modern-day Tokyo skyscrapers and building tops, the interesting game is loaded with intense action and battle scenes. The gameplay requires players to pilot Ken Ogawa as he defends Tokyo and humanity on the whole as they are attacked by some scary monsters with a genetically mutating disease.

Gamers will be armed with a wide range of arsenals which include specialized ninja tools and weapons. With skills like Ninja Vision and Todome Attack, gamers can gear up to battle out some insuperable odds to finally bring peace and order to Tokyo.

Loaded with actions galore, the thrilling title delivers a complete action movie experience. Offering direct action with in-game cut scenes, the game presents events that are fast-paced and scattered through essential parts of the entire storyline. The game has an ‘M’ rating for Mature.

Gamers can also look forward to an interactive cinematic experience with the Ninja Blade title. A prequel manga developed by Vice magazine can also be viewed by enthusiastic gamers at the Stop The Infected website. The magazine mainly tracks down the missions of Ken Ogawa and the G.U.I.D.E team before current times as they stormed it out to restrain the infected.

At an estimated retail price of $59.99, the Ninja Blade title has started shipping in North America.