Nine Out of Ten Internet Connections in the UK are through Broadband: says ONS Report 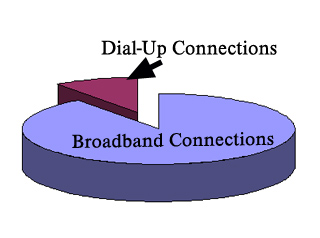 According to research conducted by Office of National Statistics’ (ONS) Internet Connectivity, nine out of ten connections to internet in UK are through broadband.

Broadband connections in UK are increasing since 2001. And it always has shown increasing popularity.

Also ONS made a point that the increasing competition within broadband internet providers has led to misleading advertisements issued by them. They usually promise maximum speed for each broadband subscription. However, this may not be the speed received by the end user.