Within a week of rolling out four new cameras in the COOLPIX series, Nikon has come out with yet another camera. The latest from the company is the Nikon COOLPIX P6000. And this is not just another COOLPIX camera. The P6000 comes equipped with a built-in GPS. 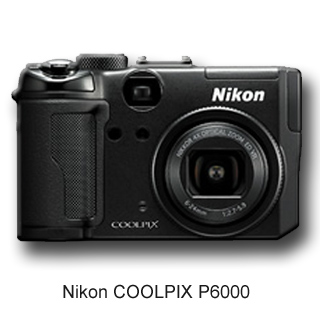 “We are eager to see the response to the integration of the new capabilities for COOLPIX cameras, as the demands of our consumers are always a priority in product design,” said Bill Giordano, general manager marketing, COOLPIX for Nikon Inc. “The P6000 is an exciting product offering for Nikon’s COOLPIX line, as it not only provides expanded creative control for photo enthusiasts, but also empowers them with GPS functionality and my Picturetown connectivity.”

The advantage that comes in with a GPS function is that you can ‘geotag’ the location from where the best shots were taken by you. Well, if you mobile phones can have it then why not your camera? Then again, you can pinpoint the location via maps through Nikon’s ViewNX software. The recorded geotagged images by P600 can be shared and stored over the web with the help of Nikon’s my Picturetown software or any other software that is compatible with GPS data.

The other features of the DSLR include intuitive controls via dedicated command and mode dials and four exposure modes – Programmed Auto, Shutter-priority Auto, Aperture-priority Auto and Manual modes. For editing purposes there is the COOLPIX Picture Control System that helps adjust the image as per Standard, Neutral, Vivid and Monochrome and sharpen, tone, brighten , saturate the images.

The new NRW (RAW) support gives additional editing options. The NRW format can be opened in Nikon’s ViewNX software which is available till early October 2008.

The DSLR is also compatible with latest SDHC cards and is powered by the Nikon EN-EL5 rechargeable Li-ion battery. Also bundled with it are the COOLPIX Software Suite for editing, organizing and sharing images.

Nikon COOLPIX P6000 will be made available by the starting of September, 2008. The manufacturer’s suggested retail price of the P6000 is estimated to be $499.95. Further information is available on www.nikonusa.com.