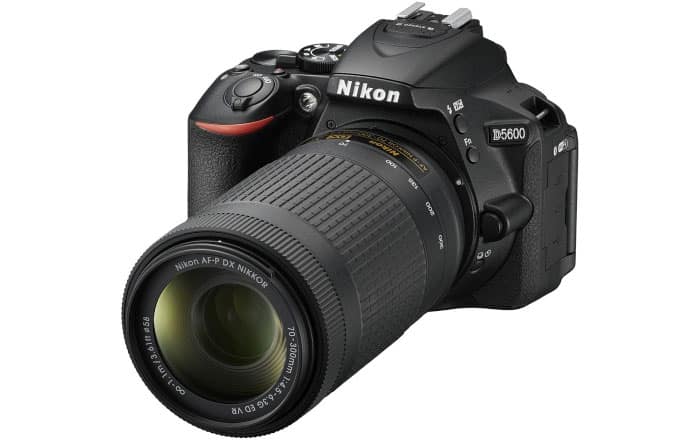 Nikon has officially launched a sequel to its first touchscreen DSLR in the form of the D5600 for global markets. The camera offers a number of significant upgrades over its previous variant, most prominently in the form of SnapBridge and time-lapse support.

Unfortunately, Nikon has chosen not to specify how much the D5600 will be priced at. It calls the camera an entry-level DX-format DSLR meant for photography hobbyists and content creators in its announcement. It features a similar set of specs when compared against its predecessor, sporting a 24MP CMOS sensor, ISO range of 100 – 25600, and a 39-point autofocus system.

The differences start to appear when diving into the WiFi-ready D5600’s features. The touchscreen has now been enhanced with a new crop tool, virtual Fn button, and frame advance bar which lets users scroll through photos in playback mode quickly. There’s also the introduction of time-lapse mode to consider, which Nikon claims is equivalent to its more premium D7200 model.

Nikon’s also gone ahead and added support for the SnapBridge app. The tool works with Bluetooth low energy (BLE) to automatically transfer images to a person’s paired device. Snaps continue uploading even when the camera has been switched off. The application further uploads pictures to Nikon’s Image Space on its own.