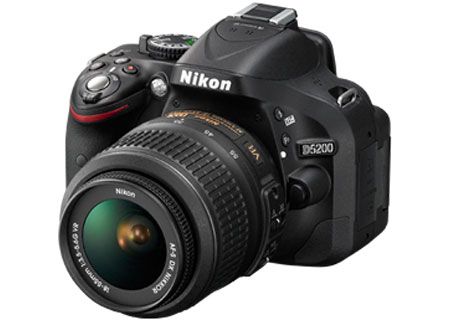 The price for Nikon D5200 has been revealed and the DSLR is scheduled to hit availability status later on in the month with an precise release date unannounced. The talking point of the snapper is its high resolution Vari-angle display, apart from its 24.1MP CMOS sensor and an easy-to-use interface.

The D5200 from Nikon has a 24.1MP DX-format CMOS sensor which manages to deliver HD video with a broad range of options at users’ fingertips. It features the latest Expeed 3 image processing, which reduces image noise and increases power efficiency while enabling a rapid response. A scene recognition system absorbs information from the image to be captured prior to clicking, correcting for exposure and other factors seamlessly. 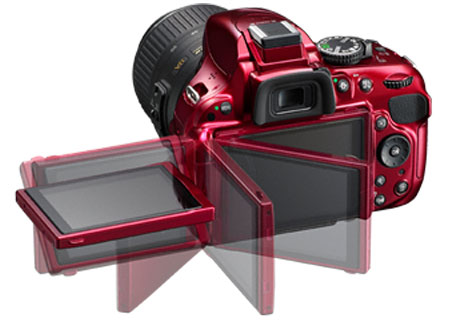 Unlike the recently seen J3 and S1‘s 73-point AF array, the DSLR has a 39-point auto focus system for sharper images. Users can lock-on to subjects throughout the frame using 3D tracking. Also differing from the two point-and-shoot devices, the ‘HD-SLR’ has a Nikon F bayonet mount for the lenses.

The camera is compatible with all of the company’s DX-format lenses and over 50 FX-format lenses as well as with the company’s Speedlight System. At a glance, the device is compatible with AF-S and AF-I CPU lenses only. And while non-CPU lenses can be used, the exposure meter will not function. Furthermore, a wide ISO range is encompassed, going from 100 all the way to 6400, and it is further expandable as far as ISO 25,600. 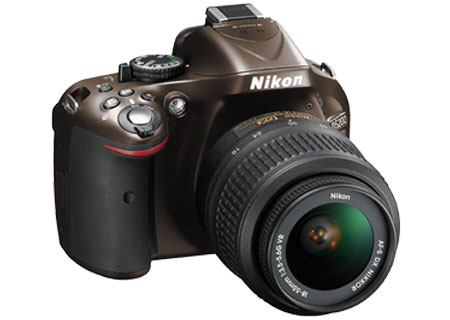 Also incorporated is a Vari-Angle LCD granting users a different perspective while shooting video. They need not worry about blurry shots since the camera’s full-time AF should help maintain the focus for high quality HD videos. Other specs indicate that the fastest shutter speed achievable is 1/4000th of a second, while 5fps is attained on continuous shooting mode at full resolution. 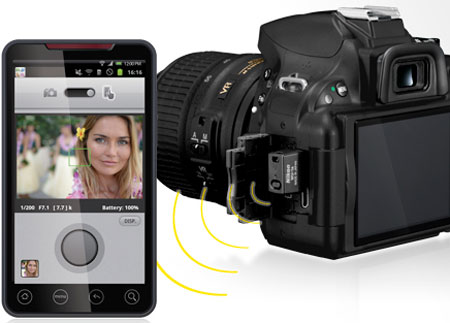 The Nikon D5200 will be made available in late January 2013 at an SRP of $899.95 when bundled along with the AF-S DX Nikkor 18-55mm VR lens, in color options including black, red and bronze. It also comes in another kit option which have the above lens replaced by the AF-S DX Nikkor 18-105mm VR lens. This bundle will go on sale for $1,099.95. In addition to the DSLR, several lenses and wireless device to connect to the camera will also be made available by the end of the month.