The mystery tablet on Google’s I/O website didn’t turn out to be the Nexus 8, but the 10-inch model. Albeit, that doesn’t mean that the tablet isn’t real. New information has surfaced suggesting that the slate does exist and will go by the codename flounder. Also, there’s a possibility that Google will once again join hands with Nvidia for using its Tegra chipset in the slate.

Phone Arena is reporting based on information provided by MYCE that the website has come across multiple posts which mention the codename flounder which is a fish and the search giant has been known for using such names for its Nexus devices. The moniker was also spotted in Google code where it was linked to HTC as its manufacturer. 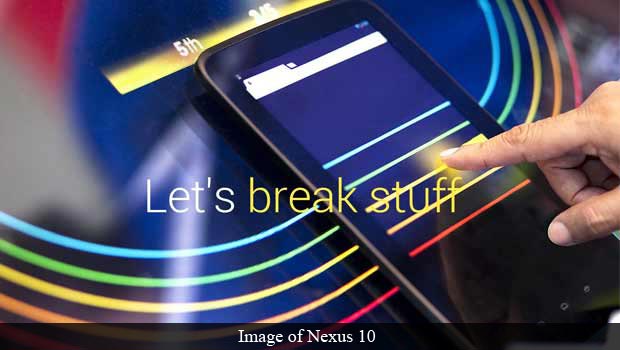 Now, the name flounder could be related to any other device or service, but Google has apparently removed its existence from previous posts. The only reason for such action would be to keep something secret and the Nexus 8 is our best bet. In our previous report, we noted that the device will come with the latest hardware on the market and it looks like the Tegra K1 chipset from Nvidia will be in charge of processing needs.

There’s also mention of the CPU being 64-bit, so we could see Google launch a 64-bit optimized version of Android soon. This version of the Tegra K1 will have dual cores based on the Denver CPU and a 192 core Kepler GPU.

Google was previously rumored to bring 64-bit support to its mobile OS in 2015 with the Android Silver program, but it looks like we might see it arrive next month at the I/O conference where the Nexus 8 is also expected to go official.