Don’t go looking for that unannounced Nexus 8 (?) which got everyone talking a few days ago. Google got around to pulling the device’s image from its official Android promotional website. For those who missed the headlines, a never-before-seen Nexus tablet was spotted in the Apps & Entertainment section of the aforesaid portal.

It didn’t appear large enough to be a 10-inch chunk of Android, neither did it seem small enough to be a 7-inch one. Most people, including yours truly, were convinced it was a placeholder showing off Google’s newest mobile OS and nothing else. But it now looks like the company did have something to hide. 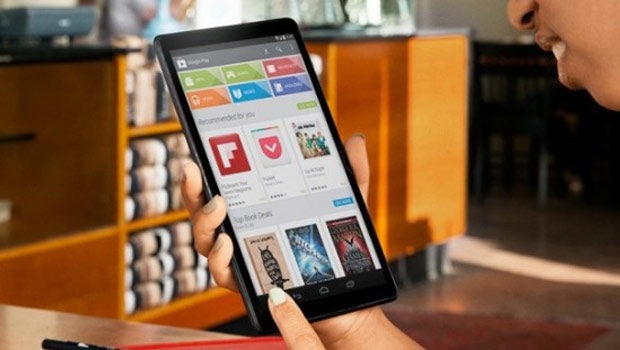 Why else would it have replaced the tablet in the picture posted above with the Nexus 7 which we’ve all already seen? And was the original photo that of the Nexus 10 and not an 8-inch cousin? The former was already leaked late last month, though the authenticity of the image may be considered questionable.

If you compare the two pictures, you will notice that the first one has the familiar thick bezel of the Nexus 7. On the other hand, the unnamed tablet’s frame is much slimmer at the top and bottom. In case the mistakenly released image is indeed showing us the Nexus 10, then this 2013 edition has made a big departure from its armor of old. 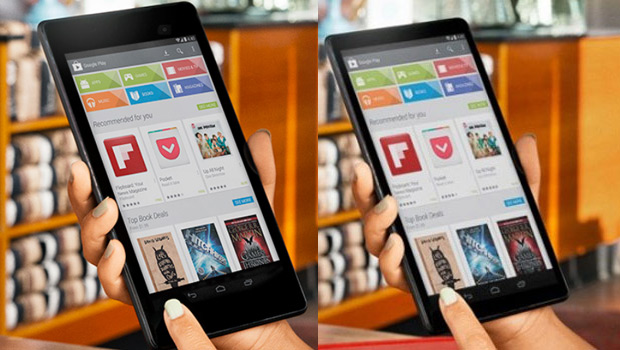 A neater and less curvy form factor may be on the cards. The original 10-inch offering from Google features a dual core processor, two cameras, 2GB RAM and Jelly Bean amongst other things. The company will need to at least dump Android KitKat and a quad core chip into what is speculated to be the upcoming tablet in order to convince folks to buy it.

Now to keep our eyes peeled for more on this.

Facebook
Twitter
Pinterest
Linkedin
ReddIt
Tumblr
Flip
Previous articleAdvent has launched its Note 7 with a Tegra 4 processor in the UK for £179.99
Next articlePolaroid Kids Tablet 2 is yet another orange-bumpered bet on tech for young’uns