The 2012 Nexus 7 is being offered to potential buyers in India for an extremely low price which starts at just Rs 11,999 for the 16GB version. On the other hand, the Asus-made device is still retailing for the original amount through Google’s Play store and various online retailers. So does this mean an official price cut is soon to arrive? Possibly yes. Just last week we reported that the signup page for the latest pure-Android slate went live in the country with a coming soon label.

The Nexus 7 is only being offered at discounted rates through Amazon and there’s no saying whether the search giant or other retailers will adopt the same strategy. The tablet recently received an update to the latest version of Android which is 4.3 Jelly Bean, along with other devices in the series. The Nexus 7 is powered by the previous generation Tegra 3 processor. It packs a 7-inch HD display, 1GB of RAM, storage options of 16GB or 32GB, Wi-Fi and optional 3G as well as a 4325mAh battery that can deliver around 10 hours of web browsing. 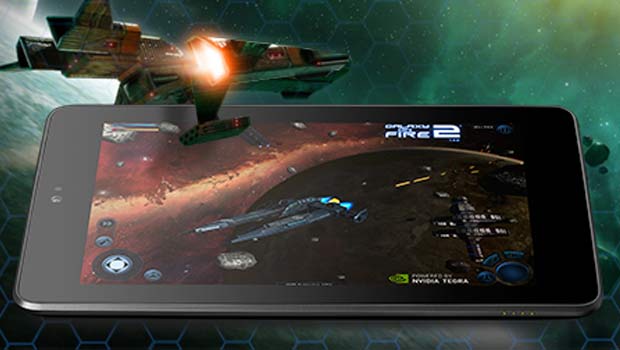 Needless to say, the Nexus 7 is yet a very capable tablet where performance is concerned, but its successor which goes by the same moniker is said to deliver double the oomph compared to the former. To do so, the manufacturer has deployed it with a quad core Snapdragon S4 Pro processor with a 1.5GHz clock speed. The screen resolution has been increased to FHD and the RAM has doubled. Also, this version employs dual cameras, a webcam on the front and a 5MP snapper on the rear.