Nexus 6 will be called the Nexus 6, you read that right [Pictures]

With each new Android version, comes a new smartphone from Google and a manufacturing partner and for the Android L release, Mountain View has seemingly tied up with Motorola to come up with the Nexus 6. Countless leaks and speculations revolving around this smartphone have been around since long, but now, the picture has finally become a lot clearer than before.

A new report is claiming that the render in the image below gives us a fair idea of what the new phone – that will be called the Nexus 6 finally – will looks like. It looks quite similar to the new Moto X on the front and far as other surfaces are concerned, the report in question is claiming that both the sides as well as the rear face of the handset will also be identical to those of the current Motorola flagship. 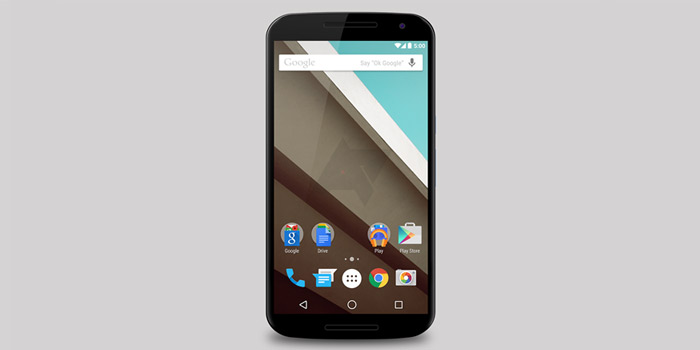 While the front speaker grills will supposedly be painted in a shade of black, the camera module on the rear will have the same circular flash system that’s present on the second-gen Moto X. Another interesting part about this Android Police report is related to the icons present on the Nexus 6.

Also Read: Nexus 6, Nexus X or Shamu – whatever Google wants to call it – has its specs leaked

There’s an unfamiliar Drive folder on the home-screen is emphasizing Google’s push towards making users employ its suite of office applications. And then there’s the odd presence of the Messaging app at the bottom bar, which makes us wonder what will happen to Hangouts. 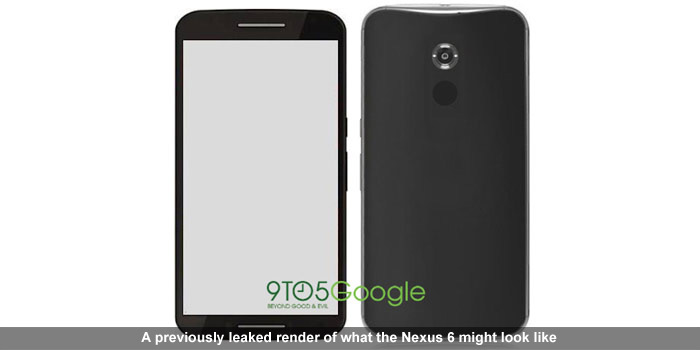 The above mentioned website has also claimed that the Nexus 6 will come with super-fast charging support and lowered volume rocker and power keys for compensating that massive 5.9-inch display. Yes, if you haven’t got the memo yet, the new Google and Motorola smartphone is believed to house that gigantic a display, with 2K resolution visuals.

Here’s a good look at the specs of Google’s Nexus 6:

October is when Google and Motorola are apparently planning to unveil the Nexus 6 to the world, so let the waiting game begin.