The imminent and awaited Nexus 6 smartphone was away from any buzz for a long time, but a new tweet from the official Android account has created quite some flutter in the industry. Coming in the weeks leading up to the Google I/O event, this little tidbit has set many a tongue wagging.

The tweet in question which still exists by the way, was aimed at showcasing a new Google Search feature which grants you the names of ingredients needed for queried recipes. The design of the said device is extremely peculiar and hasn’t been seen on any of the other handsets which Mountain View sells. 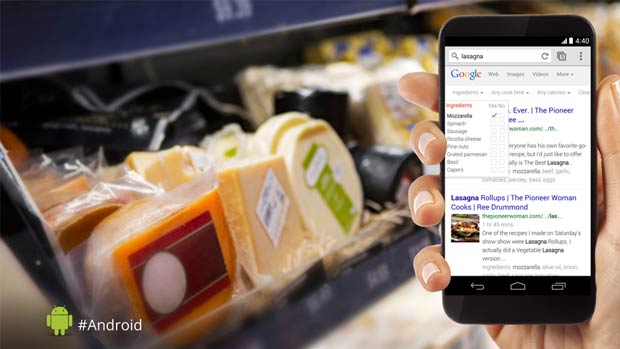 This has led many to believe that it’s of the Nexus 6 smartphone. However, based on current rumors, there isn’t supposed to be such a device this year. That’s because Google is reportedly planning to abandon the Nexus lineup in favor of the Android Silver program.

Spotted by CNET, this image could mean that the above mentioned plans have been cancelled and a Nexus 6 is indeed in the making. Or it could also turn out to be a random render only meant for that particular image. Details are so thin, that we’d advise you to take this news with a huge grain of salt.

Google I/O is right around the corner and if previous leaks are to be believed then the Nexus 8 tablet is all set to be the star of the show. Whether a Nexus 6 will fit in or not, hence remains to be seen. We won’t have to wait for long to find out though, as the event is set to begin on June 25.