Nexus 6, Nexus X or Shamu – whatever Google wants to call it – has its specs leaked

We’ve been hearing about the upcoming Nexus 6 or Nexus X an awful lot these days which suggests that a launch is right around the corner. We have now come across a huge set of leaks that has gone on to give us a clearer idea of what to expect from the next Android flagship.

For starters, a 5.9-inch display is being seen as a mainstay of this upcoming handset, which is quite disappointing for those who’re not quite fond of phablets. Anyway, this panel has apparently been granted a Quad HD resolution of 1440p which brings its pixel density up to a whopping 498ppi. 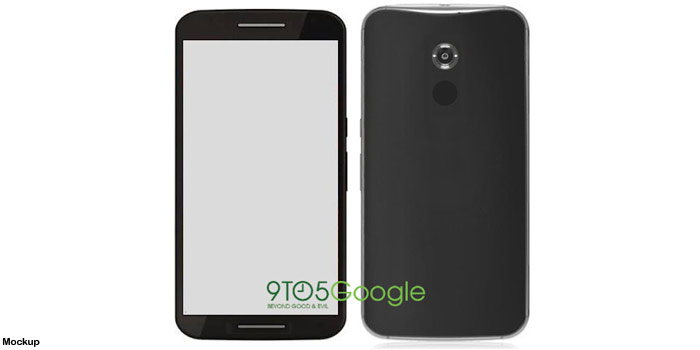 While this aligns with earlier reports about the Nexus 6/X, it also goes against a few which said that the Google phone will come with a 5.2-inch 1080p monitor. This has led to a speculation that we’ll be seeing two different models of this year’s Nexus phone.

The new details have come via the folks over at 9to5Google who have also said that this device will look very similar to the new Moto X since it will be made by Motorola. According to them, the power and volume buttons will be placed slightly lower than those on the current X smartphone to support the large size of the handset.

A 13MP camera and a 2MP front shooter have also been revealed to form part of its offerings, apart from a whopping 3GB of RAM. This Nexus device will supposedly kick in a Snapdragon 805 processor as well.

Here’s a look at the leaked specs of the Nexus 6/X:

Besides, there’s also word that the Nexus 6/X could house a fingerprint scanner on its rear surface. Things will all become clear this October when the device will finally be showcased, while its release will only take place in November.