Google and Motorola’s Nexus 6 smartphone vanished of the Play Store within minutes when it was first made available last week. It makers are apparently struggling to keep up with the high demand, and have hence announced that new stocks will be made available by them each Wednesday from now on.

As revealed by Android Police, this revelation has been made by Google on the Play Store listing of the device. Admitting that it is working towards ‘getting more Nexus 6 devices in stock as soon as possible,’ the company says that making new units available every Wednesday will make thing easier for hopeful buyers. 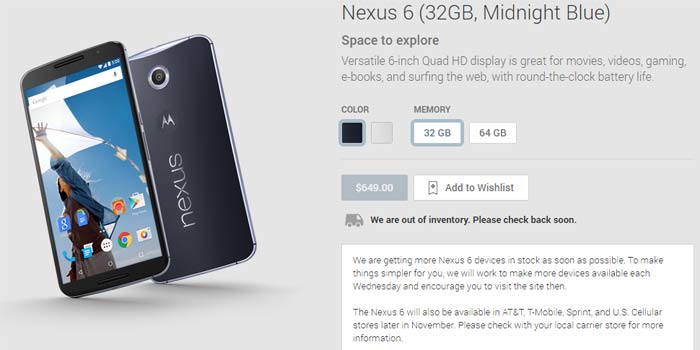 Announced alongside the Nexus 9 and the Nexus Player, the Nexus 6 smartphone is also slated to be made available in India soon, as a listing of it was recently spotted on Flipkart. It is still holding a ‘Coming Soon!’ tag, and we don’t even know what price it will carry in the country.

This Android 5.0 Lollipop flagship phone features a bevy of advanced features that include fast charging, wireless charging, dual front-facing speakers and more. It moreover, grabs some absolutely impressive specs which make it an extremely attractive proposition for Android fans.

Here’s a glance at the specs of the Nexus 6: 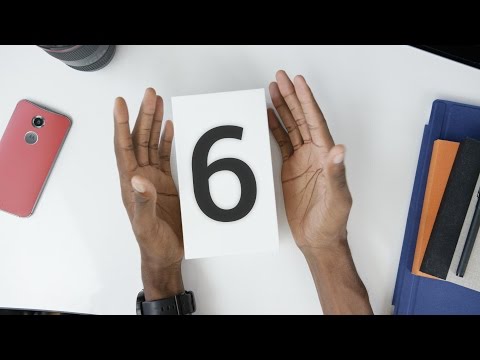 If Google will be sticking to its Wednesday model this week, then sales of the Nexus 6 are set to commence later today. If you’re in the US and are ready to shell out $650 (32GB) or $700 (64GB) for it, do make sure to keep checking the Play store every now and then.