Google’s newest pure Android device, the Nexus 5 could be landing on the Play store dressed in a red shade on February 4, according to leaked documents. Red is just one of the rumored six hues which the handset will be grabbing apparently, giving in to the market trend.

This news comes thanks to an alleged internal memo from Sprint that’s in the possession of Android Central. It clearly outlines that the red colored model of the Nexus 5 will be reaching the Google Play Store on February 4. This even gives credence to these photographs of the said handset which had leaked out a few days ago. 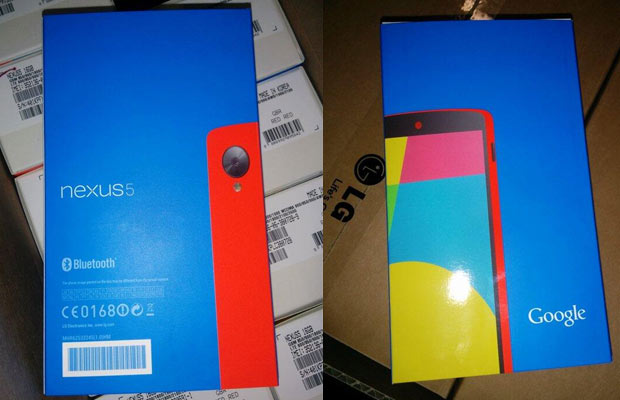 At the moment, the Google Nexus 5 is being sold only in black and white shades. And if word on the Internet is to be believed, then red, orange, yellow, emerald, cobalt and purple options will soon be lining up on the Google Play store, waiting to be snapped up by interested buyers.

The Nexus 5 was launched by Mountain View as a showcase of its Android KitKat operating system in October last year. Equipped with high-end specs, it sold pretty well around the world, however, there are rumors doing the rounds that Google is considering scrapping the Nexus range entirely in favor of Google Play Editions of third-party flagships.

Right now, details regarding the red Nexus 5 remain unconfirmed by Google, but we’ll have more on the handset when additional information is out.