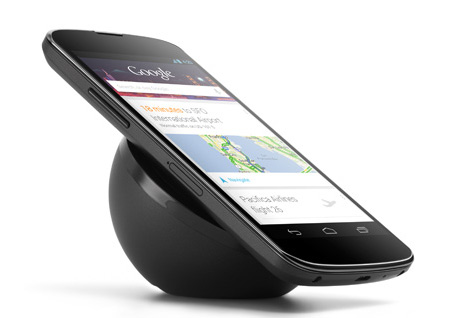 The Nexus 4 wireless charger has managed to finally make an appearance on the Google Play store after almost three months following the phone’s launch, and its price has been tagged at $59.99. Bearing an angled surface for the device to rest on, this Qi inductive power source seems to be available only in the US at the moment. Google hasn’t issued any information regarding when it will be making its way into other regions.

Spotted by The Verge, the device has been built for on-the-go use, and lets users of the device juice it up without having to look out for wall outlets. The machine in question however needs to be charged beforehand, of course. Weighing in at just 130 grams, it comes only in one color option – black. Similar technology is also on offer for Nokia’s Lumia 920 model which was released late last year by the Finnish mobile giant.

The newest handset in Google’s range of flagship phones comes with the 4.2 version of the company’s Jelly Bean OS, and features a number of advanced traits. These include a Qualcomm Snapdragon S4 Pro chipset and 2GB worth of RAM, which collectively facilitate its multi-tasking attributes. A 4.7-inch screen makes its way onto it, offering a resolution of 1280 x 768 pixels at 320ppi. This WXGA IPS display also comes covered with Corning Gorilla Glass 2.

As far as the device’s imaging options are concerned, it carries on it an 8MP camera for photography and video shooting purposes. And for those who indulge in video conferencing, there’s its 1.3MP front-facing shooter which can be utilized as well. The dimensions of this handset read 133.9mm x 68.7mm x 9.1mm, whereas its weight has been set at 139 grams. A 2,100mAh Lithium polymer battery goes inside it, along with technologies such as Wi-Fi 802.11 a/b/g/n 2×2, NFC (Android Beam), Bluetooth and more. It can be purchased in two different memory options, namely 8GB and 16GB, with them being placed at $299 and $349, respectively. 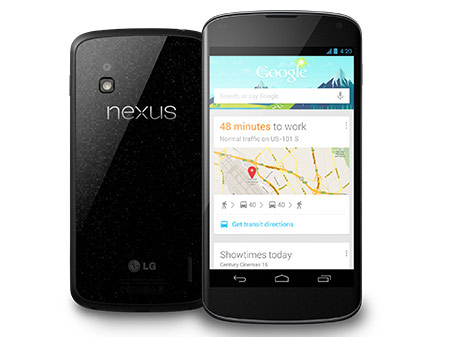 Those who’ve bought the handset already, and wish to purchase the wireless charger can do so now if they’re residing in the US. Those in other regions can keep checking their native Google Play stores for its availability.