It’s far too early to talk about the upcoming iPhone refresh, but this new detail happens to be too good to resist. Apple is apparently ready to take its ‘biggest camera jump ever’ by equipping its new device with two lenses rather than one, which will somehow result in ‘DSLR quality imagery’ being produced by it.

This news is coming from Daring Fireball’s John Gruber (via GSM Arena) who has learnt about it ‘from a birdie of a birdie’ apparently. He has gone on to say that next year’s iPhone will be seen shipping with ‘some kind of weird two-lens system’ which will help it achieve superior imaging quality as compared to that if the iPhone 6 models. 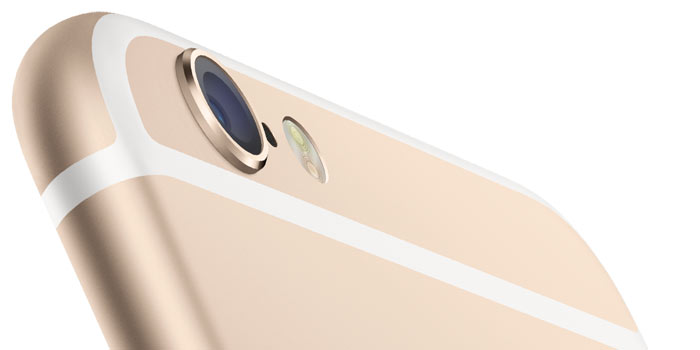 The two-lens system is nothing new, with HTC already having showcased its Duo Camera setup through the One M8 earlier this year. Apple of course won’t be copying it exactly, but the fact that the new device’s camera is being touted to be capable of ‘DSLR quality imagery’ somewhere tells us that the two-lens system will be pretty similar to the one on the HTC phone.

Also Read: The next Apple iPhone could feature a 3D display

That’s because the Duo Camera attribute allows users to click pictures with extreme depths of field which is one of the aspects of DSLR snappers that usual smartphone cameras are not able to match. The current iPhone 6 models might come with just 8MP sensors, but they are far more ahead of other smartphone shooters owing to their superior processing and other unique features.

Over the coming months, we’ll be hearing a ton of iPhone rumors, some among which will materialize, while some won’t. Let us now see which category the two-lens system falls under.