When Is The Next Tarkov Wipe In 2022? EFT Guide

Escape From Tarkov players are always on the lookout for the next Tarkov wipe. It is because a wipe in this game is beneficial for both new players and seasoned experts.

Battlestate Games keeps its Escape From Tarkov wipe schedule a closely guarded secret. Doing so makes the roll-out more exciting as players have fun trying to guess when the next one will occur.

The confirmed additions include the much-awaited Factory expansion, the introduction of Killa’s brother Tagilla as a new scav boss, a weapons malfunction system, scav karma reputation points, Weapon Maintenance and Troubleshooting as new skills and much more.

You won’t be able to run while moving through shrubbery on any map now. Gaining access to the flea market will require you to hit level 20 at the minimum and The Punisher Part 4 cannot be completed without a scav vest. Check out the full list of patch notes here.

June 29, 2021 – Battlestate Games has confirmed via Twitter that a wipe is coming with patch 0.12.11 for sure. The company also left a tantalizing hint about the exact Tarkov reset date which was initially expected last Thursday.

Tomorrow, June 29, at 08:00 BST/03:00 EDT we are planning to install patch 0.12.12.30. The installation will take approximately 5 hours, but may be extended if required. The game will not be accessible during this period#EscapefromTarkov

You know how everyone’s been expecting the developers to drop an Escape from Tarkov wipe on this day of the week since Twitch personality Pestily made a joke about it, leading to Wipe Thursday memes? It looks like BSG might just play along as expected this time.

An official announcement via a tweet shared an in-game letter from the UNTAR International Contingent High Command demanding disarmament and withdrawal of private military forces by June 30, 10am TLT (East Timor Time). A big reckoning like this undoubtedly means something huge will follow.

Since the next day will more or less fall on Thursday for most gamers this July, it’s pretty certain the upcoming wipe in Tarkov will happen on July 1, 2021. The letter even mentions “VE. 0.12.11(W)” at the bottom, hinting at the patch which is supposed to be released along with the reset.

A couple of days ago, BSG was offering a 20% discount on the game and merchandise. On top of that, the company has been leaving around a bunch of clues about an imminent wipe, from scav bosses wandering away from their usual areas to Mechanic talking about a cryptocurrency to free labs access and more. Keeping the in-game economy stable is clearly not a priority anymore.

There will be a wipe with patch 0.12.11#EscapefromTarkov

What is an Escape From Tarkov Wipe?

An Escape From Tarkov wipe is a factory reset of most in-game player characteristics. Exactly what is saved after an update like this? Players are stripped of all the loot, gear, progress levels, and skill upgrades they had gathered thus far. A wipe thus puts everyone on the same playing field. There is no point trying to hide your stuff in secure containers of any sort. 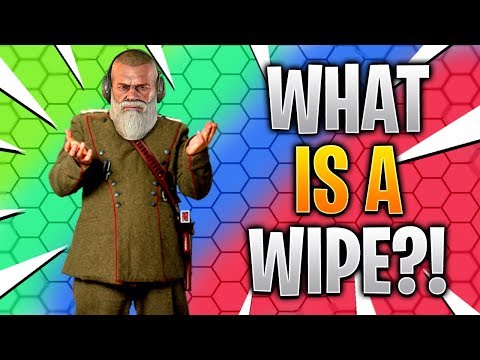 You can expect the next Escape from Tarkov wipe to follow closely when Battlestate adds more in-game elements such as new maps, trader rep calculations, features, gear and tasks. There has been speculation that they might stop these after the title is out of the closed beta testing phase but that they might continue with resets in every season. Doing so keeps the gamers engaged as they have something novel to explore and learn in new seasons.

Why is an EFT Wipe Good?

After a  wipe, new gamers who essentially start from scratch just like the others, can survive for much longer during a raid and get a much-needed opportunity to boost their skills for any quest in which they wish to participate. They also get to explore new maps deeply and learn about the subtle nuances in them.

Even veteran Escape From Tarkov gamers benefit from these events as they now have to rely only on their competence to win at quests and raids. They can no longer use the advanced gear and level-upgrades they had accumulated to earn easy kills.

Additionally, most EFT resets are announced with the release of significant updates to the title. By starting from a blank state, gamers are forced to get back to the grind by trying out the new items and features launched in the update. Also, when ripped of their more feature-rich tools and gear, players tend to use some of the low-tiered items they usually avoid. They also remain more engaged as they attempt the new tasks and challenges.

The Battlestate team does not reveal the method it uses to plan the schedule of these refreshes. No one can know with absolute certainty when the next one will happen.

We can best estimate the wipe date by extrapolating from the historical data about the previous ones. Forecasting is a probability-based science at best, and when it comes to gaming, one should always take it with ample doses of healthy skepticism.

If we analyze the data about the previous wipes, we observe that the average span between the last three was 208 days. The last full reset occurred on June 28, 2022.

If we do a little math, we might assume that the next Escape From Tarkov wipe should happen sometime in 28, December 2022 unless Battlestate Games plans to surprise us with an early wipe.

However, this calculation has a caveat. (There is always some caveat, isn’t there?) If we go further back into the game’s history, we find that the overall average period between wipes since the title was launched has been 144 days.

The Battlestate Games team closely guards the information about its EFT wipe schedule, which is the right thing to do. The success of these events depends mainly on the element of surprise and the accompanying thrill of second-guessing one’s estimate. Additionally, they have to manage the sudden jump in traffic to Escape from Tarkov servers following a resetting.

The company also makes sure no key facts about new releases and other major updates leak out. New updates and releases drive the most sales for Battlestate Games in the honeymoon period. It is only fair to pack in the maximum surprise to provide gamers with more gaming pleasure.

What is the deal with Wipe Thursday?

Most Escape From Tarkov fans hear a lot that the wipe is scheduled for Thursday. It has become a little legend among the lovers of the title.

We shall break the truth behind this myth. While it is true that a few of the previous wipes happened on this day of the week, it was purely coincidental and never confirmed beforehand.

The talk about every wipe being rolled out on this weekday is actually a humorous take on EFT wipes that originated when Pestily, a famous Tarkov personality on Twitch, answered his fans’ queries about the next Escape from Tarkov wipe.

We cannot predict in advance when a new wipe will happen. Battlestate Games is careful not to give away any sign that might spoil the fun.

However, if you are keen on following the interesting rumor-mill about the topic, you must engage in the many forums, including those on Twitter and Reddit for more information. 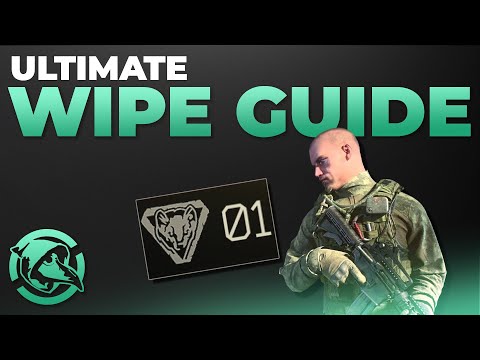 What can we expect in the future with new season releases?

Battlestate initially intended to stop these resets after the full release of the title. They seem to be following along with the same philosophy currently.

However, gamers and analysts speculate Escape From Tarkov will follow along the lines of other popular multiplayer FPS and RPG games that make new resets with every new season. Gamers play one season with a specific character while picking a non-season character after the next wipe. Their progress is thus wiped away and the playing field is leveled. Secure containers don’t offer any advantage once you’ve lost your life due to this.

Q: When’s the next ETF wipe?

A: It is tough to predict the next ETF wipe date as Battlestate Games keeps any such announcements under wraps. However, we can arrive at an educated guess about the wipe date by analyzing past data about the previous ones including the one that was released on July 1. By doing this, we estimate the next ETF wipe will happen in November 2021. Stay tuned for more updates!

Q: How long was the last wipe?

A: The last wipe in Escape From Tarkov took place on December 24, 2020. The last three wipes have occurred at an average gap of 208 days, and we estimate the wipe schedule to take place in July 2021.