Next-Generation Zune Player to be launched today by Microsoft? 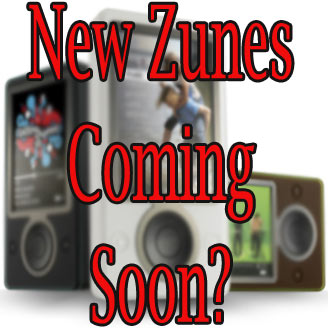 If rumors are to be believed, Microsoft will today be launching the second generation of its Zune music players.

Yesterday, BetaNews reported a story that points in this direction, claiming that Microsoft would be most likely to hold an event in Redmond to herald the coming of the new Zune player.

Microsoft chairman Bill Gates as well as Design and Development chief J Allard are expected to be present at this event.

It appears that a source has revealed that the new Zune will employ flash memory for storage instead of a spinning hard disk. The second generation Zune is most likely to be just 3 inches tall and 1.25 inches wide, making it taller than an Apple iPod nano.

Only last month, Microsoft’s direct rival Apple had in a major waylaunched its revamped line up of iPods that have taken digital audio and video players to the next level. Thus, Microsoft sure needs something really special to catch the attention of consumers.

According to reports, around 2.4 million next-generation Zune media players will be manufactured during the 2007 holiday season.

Microsoft always updates people who subscribe to its Zune News letter whenever any new updates or accessories are available. With talks of a new Zune coming out, you can be sure of receiving such an update through this very new letter, however, only once the product has officially been unveiled at an event.

If Microsoft does indeed go ahead and unveil its next-generation of Zune media players, then it could be the right time what with the upcoming holiday season and all. We will surely keep you updated.