It’s barely been half a year since the Motorola Moto E was launched and the company is already working on a successor which has now been leaked. A report has surfaced claiming to have details about the smartphone’s design and specifications.

Greek website TechManiacs claims to have spent some time with the Motorola Moto E’s successor, but apparently didn’t get the chance to snap up a few images. The website notes that the handset looks very similar to the original. It also highlights that the phone is pretty bulky, not to mention larger mainly since it carries a 4.5-inch display. 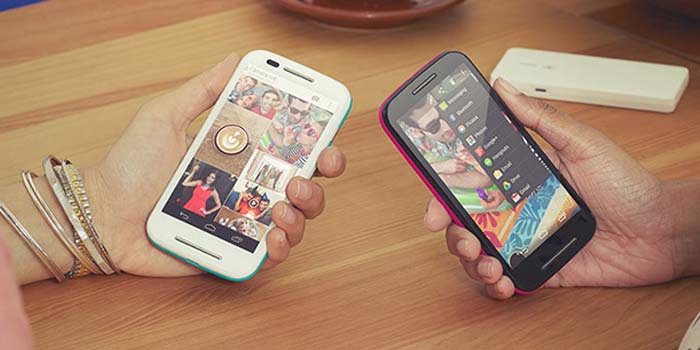 Even with the screen size stretched on the upcoming model, the resolution will be the same 960 x 540 pixels qHD. On the upside, the device will be getting a pretty good performance bump as the processor is said to be the Snapdragon 400 which is also present on the new Moto G.

There’s a high possibility of the phone getting LTE support as well, making it all the more alluring. And while the current version has 512MB of RAM, the upcoming release will get double the system memory. The source also states that Android 5.0 Lollipop comes preloaded with the phone and runs smoothly with no lags.

Price and release date details are still a mystery, but we expect to see the new Motorola Moto E go official during the CES or MWC expos in 2015. The report also states that the device will be a super affordable one like the original.