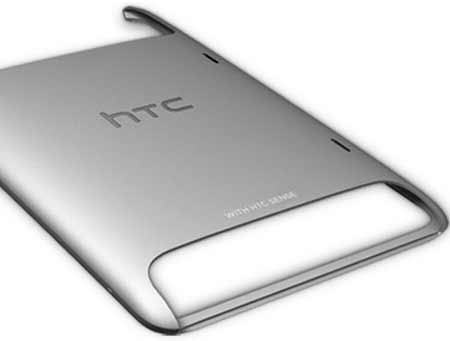 If the speculations doing the rounds on the web are to be believed, the second generation HTC Flyer for the UK is on the cards. The original Flyer tablet was introduced at the MWC 2011 and was released back in May last year.

A spokesperson from the company has confirmed that a tablet from HTC is in the pipeline, reports PC Advisor. There doesn’t seem to be a shipping date for this upcoming slab as it will not be unveiled until it has something unique to boast about. The OEM is currently developing the device.

Considering that the next generation tablet is yet to be launched, we have no idea about its tech specs and other features. But, most probably it will binge on the latest Android Jelly Bean operating system. And as a number of slates are going the quad core way, we are pinning our hopes on a 4-core chipset for this slab.

It may continue to employ a 7-inch multi-touch display, a 5MP camera and a front-facing webcam like its predecessor. And as most devices coming out of the HTC labs are deployed with the ImageSense technology and integrate Beats Audio, we are expecting this tab to render good quality images and deliver an enhanced multimedia experience too. Attributes like this should make it capable of competing against all those tablets which are currently flooding the market.

The next edition HTC Flyer tablet is just a rumor as of now and the company has chosen to keep mum over the issue.