A head-turner the BlackBerry Passport definitely is; but is it that for the right reasons? We can’t tell you that right now because we haven’t handled the device as yet. Images of it however, have intrigued many thanks to its unique PDA-like form factor.

And it’s a high end device by every sense of the term. It’s got a premium body which is hosting a QWERTY keyboard, and that square display you’re seeing placed on its front surface grabs a resolution of 1440 x 1440 pixels. It’s sized at 4.5 inches which brings its pixel density count to 453ppi. 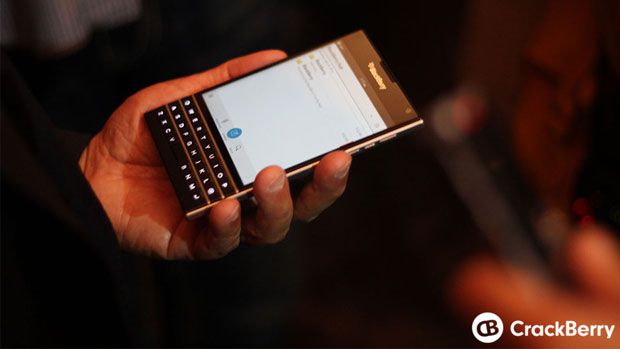 It’s hence safe to assume that the BlackBerry Passport is indeed the rumored and leaked Windermere handset that had surfaced a while back. The images you’re seeing in this space above and below have come via CrackBerry correspondents who managed to click them at the company’s earnings call yesterday where the Canadian brand showcased both the new Classic handset as well as the Passport to the media.

Other specifications of the device remain unmentioned but through a past leak, we’ve learnt that it’s likely to carry onboard a quad core Qualcomm-made processor and 3GB worth of RAM. This phone could also feature a 13MP primary camera and a 2MP secondary snapper. Its battery slot is expected to be occupied by a 3500mAh power unit, while its graphics will apparently be handled by an Adreno 330 GPU. 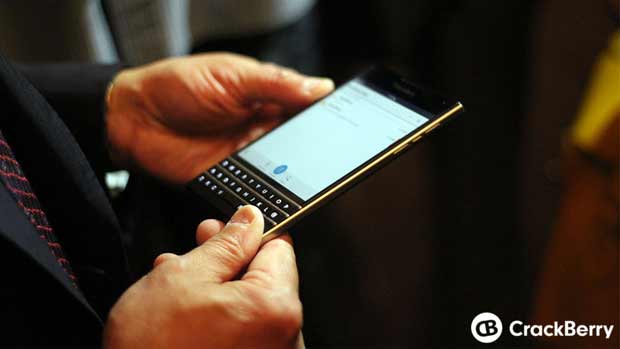 The BlackBerry Passport will be out sometime in September this year. We’ll have more on it when addition details are out.