Yesterday was a big day for Amazon, as it announced a number of new products in the Kindle range. And while those were mainly aimed at potential buyers in the US and UK, one of them has made its way into India and is available for pre-order.

The refreshed Kindle e-Reader which comes with touch support has been listed on the company’s official site for the country. Its price in the US is set at $79 which brings the conversion to around Rs 4800. However, Amazon India has decided the retail amount at Rs 5999. 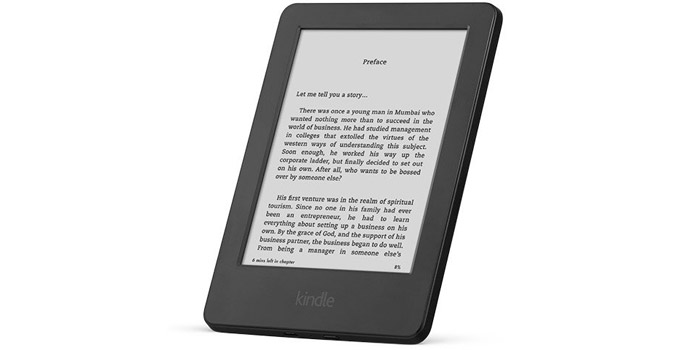 It will be released on October 9 to cash in on the massive festival buzz that’s slated to begin during that period in the country. It has been equipped with a 6-inch display of 167ppi pixel density, and features a touchscreen as well. Sized at 169 x 119 x 10.2mm, this reading slate tips the scales at 191gms.

Also Read: Amazon Kindle Voyage revealed to be a $199 e-Reader with loads of advanced features

Amazon has even said that this new Kindle e-Reader grabs a 20 percent faster processor than its previous models. Its improved battery moreover, is able to keep it going for up to four weeks on a single complete charge. This will apply to half an hour of reading per day with wireless off.

And moreover, it can get fully charged in just 4 hours. This device comes with 4GB worth of storage, and even offers free cloud space for its users. Those interested in purchasing the all new Amazon Kindle e-Reader can head over to the company’s Indian site and pre-order it now.