Just a few days ago, we reported about a One M9 Plus smartphone leaking out and thanks to a new listing on China’s TENAA, we may have just gotten the first look at the handset. The device has been certified under the HTC D826W moniker and it will arrive bearing a large display and high-end features.

First and foremost, the upcoming handset looks nothing like the new Desire smartphones, so it obviously won’t be part of that series. And it doesn’t fit the bill of belonging to the One range either. Instead, you could say that the HTC D826W will be a mash up of both lineups. The phone does look premium and it could have a metal construction. 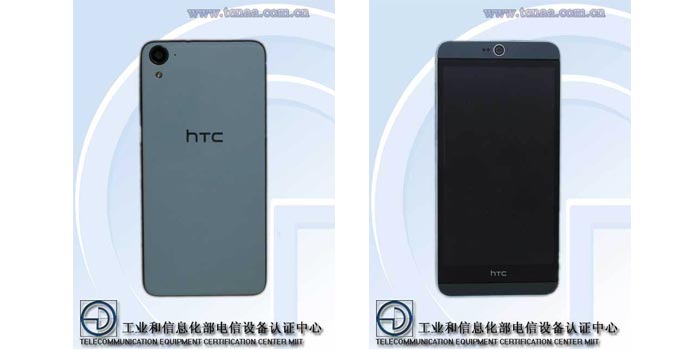 We could also be looking at a glass rear design, but it’s doubtful. The front panel will carry a 5.5-inch 1080p display and a large UltraPixel snapper can be found on the top. BoomSound speakers should also be present here and are likely hidden for a cleaner look. On the rear, HTC will go with a 13MP camera and a single LED flash.

Also see: And then there were none – Google Play Edition devices disappear from Play store

GizChina is reporting that the handset will come with Android 5.0 preloaded and this also means that we might see the Sense 7 UI onboard. There’s no word on whether the handset will offer dual SIM support, but it will have TD-LTE and FDD-LTE connectivity. Additionally, the HTC device is confirmed to carry a 1.7GHz processor presumable a 64-bit chipset from MediaTek.

Whether the HTC D826W does turn out to be the One M9 Plus or not, you can be sure to see it go official at the MWC 2015 expo in March.