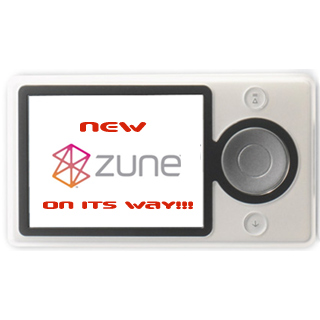 Chris Stephenson, GM of global marketing for the Zune said, “We think of the Zune as a broad entertainment offer that is driven by music at the moment. We will start to play more aggressively in a broader number of categories. The current Zune is just the ‘tip of the iceberg.'”

However there is not a unanimous agreement over what the correct approach is for Microsoft to take. According to James McQuivey of Forrester Research, expanding the low end of the market may not be the smartest move, as in fact most shuffles are bought as companions to an iPod. “I don’t personally see that as something the Zune should do next,” McQuivey said. “Zune should first worry about getting a base of users of both flash and hard drive versions before experimenting with little companions,” said McQuivey.

On the other hand, others have seconded the opinion that Microsoft should bring in a Zune player aimed directly at the flash-based iPod Nano, however there’s not much evidence to suggest that what the MP3 market needs is another “me-too” product at any price point. There are no two doubts or apprehensions over whether Microsoft has the financial resources or talent to create a winning series of Zune products or not, but the exact plan of action required to move ahead from here to there is quite vague.

The Zune player is currently a distant second in portable music player market share, behind Apple.