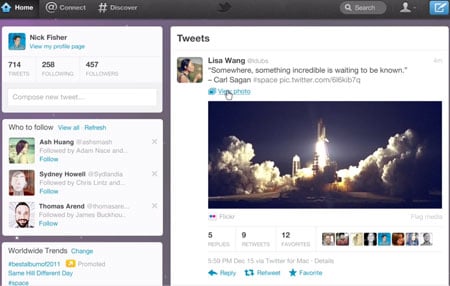 Back in December last year, the new version of Twitter had been announced and now, it has been rolled out to all users of the SNS. Folks accessing the networking site via their handheld gadgets aren’t bereft of the latest changes since this development is also available for the iPhone and Android devices.

For those who came in late, the Twitter interface has received a makeover of sorts by being divided into Home, Connect and Discover sections. The Home view as the name suggests, will be the main screen displaying tweets from people being followed, personal tweets and treading news as well as information on topics users care about. Basically put, it proffers an integrated view of everything that they are interested in. Then there is the Connect section to check who has been following, re-tweeting or has hit favorite on the tweets. The Discover segment displays information that is interesting, entertaining or useful to SNS users.

Now the SNS facilitates expanding any tweet in the timeline itself by simply clicking on it, so that photos, retweets, favorites and videos can be directly viewed. A post on the official Twitter blog shares that embedding tweets on users’ websites can now be done by merely copying and pasting a single line of code. Another addition comes in the form of access to Twitter brand pages from accounts such as @Audi and @NPRNews, amongst others. This enables users to seamlessly stay connected with their favorite brands via the service. 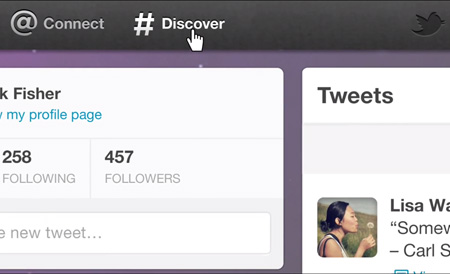 The new version of Twitter apparently aims to deliver an easier and enhanced SNS experience for all types of users.