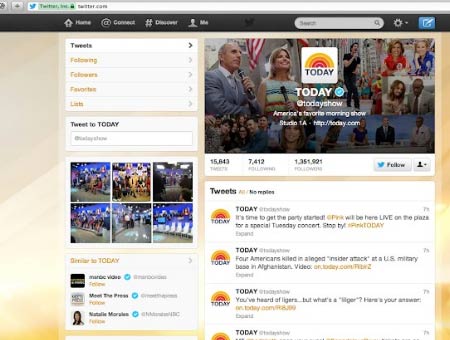 We’ll excuse anyone who thinks they’re on Facebook for a second or two before realizing it’s just the new Twitter design that has hit them. Inevitably drawing comparison to the Cover Photo feature on the former, the reworked layout is not the only thing the developers behind the social networking and micro-blogging site have to boast about in terms of recent changes. The company has also brought more to its official iPad, iOS and Android apps.

Twitter lets people add a background theme and choose the color in which they’d prefer links or the background to appear. There are options to change the position of the background, pick between black or white overlays, tweak the header or alter the background entirely by uploading the desired image. The Cover Photo-like impression just tops it off. Just take a look at Ryan Seacrest’s profile to get the general idea. Why? Because it’s entertaining and it’s got Nicki Minaj in a fetching, white peplum jacket on it. 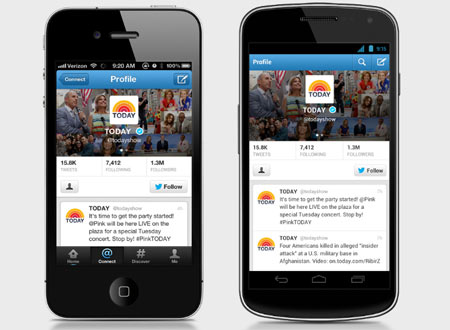 So while the header photo stays in place right through the Android, iPad and iPhone experiences, Twitter.com has the extra background image too. Photo streams attached to profiles throw up all the images shared through the corresponding accounts. Users can simply swipe left or right through the thumbnails or coax pictures to expand into full screen mode by tapping on them. On Android devices, pinch-to-zoom is all it takes to view images in a larger aspect.

The new Twitter iPad application permits users to expand tweets with a touch and then engage more with photos, videos and links by bringing them into full screen view, with a tap. Now members can even keep tabs on who has started following or mentioned them and ‘retweeted’ or ‘favorited’ their tweets. Apart from this, the header photo and the ability to discover content easily are also part of the package. 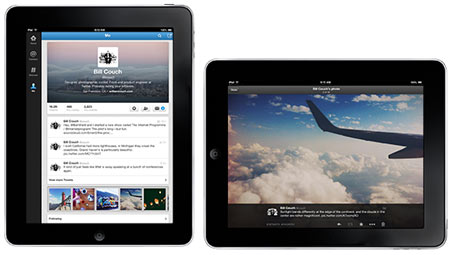 Does the new Twitter design do anything for you? Tell us about it in the comments section below.