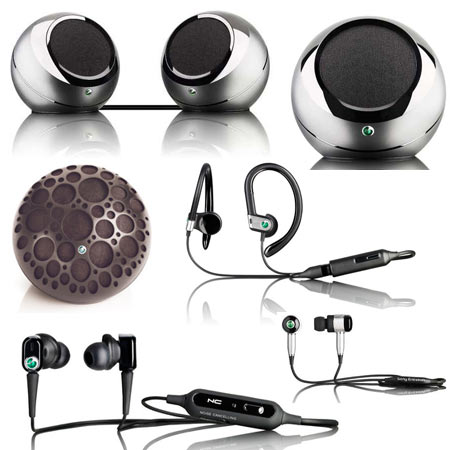 After introducing the new Walkman phones line-up, Sony Ericsson has announced the new MBS-200, MBS-400 and MPS-100 speakers. Besides, it also has launched HBH-IS800, HPM-88 and HPM-66 headphones.

The MBS-200 is a portable wireless speaker that allows users to stream music stored in the phone. The MBS-200 speaker connects with the phone via Bluetooth. While enjoying the music, if user receives a call, the speaker automatically goes into the mute mode.

Conversely, the MBS-400 is a bundle of two speakers which the company claims to provide high-quality stereo sound. The new MBS-400 claims to deliver twice the audio power. While, the MPS-100 is a mini-speaker system which is aimed at users seeking for affordable sound system.

Sony Ericsson also released the HBH-IS800 wireless stereo headphone. This sleek headphone comes with a short cable that gives you the freedom to listen to music and answer calls discretely.

Next in line is the HPM-88 headset which boasts noise canceling feature. The headphone HPM-88 is said to decrease the outside sound by up to 75 per cent, so that users can enjoy distraction free conversation. The stylish and compact headset rests discretely on your neck and boasts a top of the range audio performance.

All the newly announced Sony Ericsson headphones and speakers are expected to be available in Q4 2008. Pricing and availability information is not been disclosed as of now.