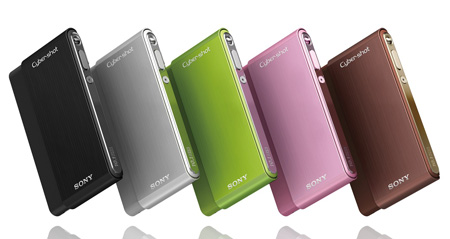 Sony today announced to expand its Cyber-shot T-Series with two new cameras namely DSC-T77 and DSC-T700 in Japan. The company claims that its latest DSC-T77 is the slimmest camera in the world, being 13.9mm thin.

On the other hand, the DSC-T700 sports larger display screen of 3.5 inch. The biggest plus point of this camera is its large 4GB built-in memory. In addition, the DSC-T700 camera also comes bundled with Picture Motion Browser software that allows users to downsize the full resolution images to VGA and export them back to the camera thus making it easy for users to upload their photos and videos on social networking sites.

Besides both the cameras feature Carl Zeiss lens, 4x optical zoom, image stabilization and even an anti-blink function.