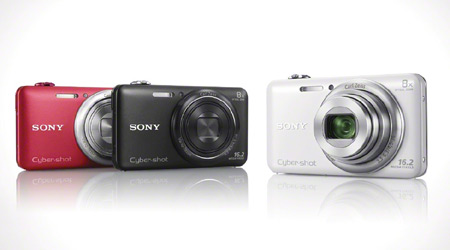 New Sony Cyber-shot cameras have been announced with a rough release date and include the WX200, WX80, WX60, TF1, H200, W730 and W710. They come with enhancements to Optical SteadyShot which is effective even when zooming as well as an improved Enhanced Superior Auto mode for better shots of moving subjects.

First up is the compact 18.2MP WX200 with a 10x optical zoom Sony G Lens which will feature the company’s Exmor R CMOS sensor capable of clear and detailed still images as well as full HD video. It also comes with Wi-Fi, a trend we’re seeing seep into the camera realm of late. Further, it can boast of Superior Auto, which means the camera recognizes a wider variety of scenes and automatically adjusts to suit the need of the photographer. 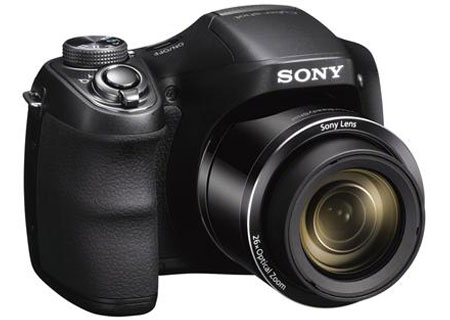 Then there is the sleek 16.2MP WX80. It too is built around Sony’s Exmor R CMOS sensor and has in-built Wi-Fi but has an 8x optical zoom Carl Zeiss Vario-Tessar lens. It facilitates capture of full HD video and high-quality pictures and comes in a light, stylish package that’s easy to carry around. With the wireless capabilities that it has, users can view images stored in the camera on a networked TV set.

Next up is the WX60, another 16.2MP device with the aforementioned sensor and the same zoom lens as the above snapper. It falls in the same category as the two gadgets already mentioned and needless to say is capable of full HD video and Superior Auto in addition to other features that are brought along by the sensor such as improved Optical SteadyShot and Advanced Flash. 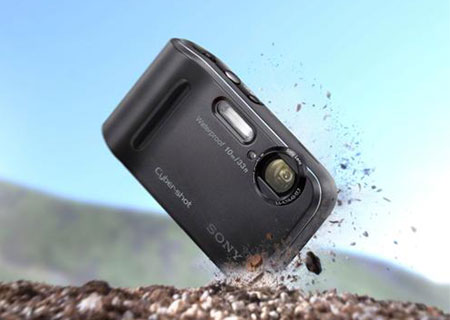 The rugged TF1 is next on the list. It is resistant to snow, sand and dust and can survive at depths of 10 meters for about one hour. A 16.1MP camera with a Super HAD CCD sensor, it automatically adjusts its LCD brightness to suit the scene. There is a 4x optical zoom lens while Optical SteadyShot and HD video are brought along for the ride.

We now come to the H200 with its 20.1MP Super HAD CCD sensor and 26x optical zoom Sony lens. It bridges the gap between interchangeable lens cameras and handy point-and-shoot devices. Styled like a DSLR, it has a convenient ergonomic grip. It too is HD video capable and features Advanced Flash, and additionally it is compatible with AA dry batteries. 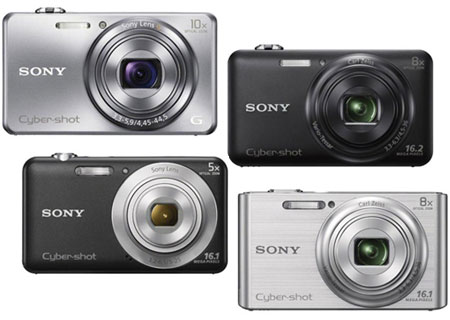 We’re almost done with the lineup, and only the W730 and the W710 remain. Both are 16.1MP devices with a Super HAD CCD sensor, but while the former has an 8x optical zoom Carl Zeiss Vario-Tessar lens, the latter can only muster a 5x optical zoom Sony lens. HD video, Intelligent Auto, Beauty Effect and Advanced Flash are common to both, although the former being slightly more high-end gets Optical SteadyShot over the latter.

The new range of Sony Cyber-shot cameras is due out in Europe sometime in February this year with an exact window for launch eluding us yet. The company hasn’t revealed pricing either, but we expect to see more of the devices as we get closer to their market introduction.