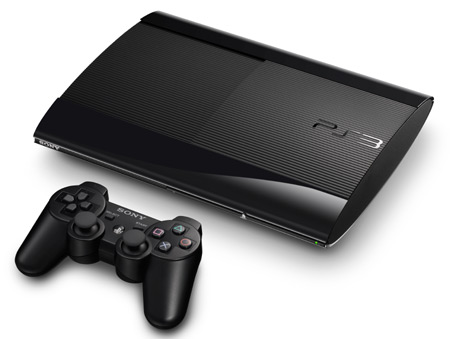 The new Super Slim PS3 as it’s called, which was recently unveiled at the Tokyo Game Show, is coming to India in time for the festivities of Diwali, Sony has revealed. The console now features a completely new design with its internal architecture all shifted about, leading to a smaller form factor.

The new PS3 will be made available in India in two models. One will have a 500GB HDD while the other version will come with 12GB of flash memory and is expected to be lighter on the pocket. Sony it seems it aiming to capture a segment comprised of younger, more casual gamers looking more for a taste of gaming experiences rather than a full-blown, ‘center-of-the-living-room’ media device; something similar to Microsoft’s 4GB Xbox 360 offering.

The new Sony console is more than 50 percent smaller and lighter than the first generation PS3 with a 60GB hard disc, and cuts down on weight and volume by 25% and 20% respectively when compared to the current model.

While there were bundles announced for North America as well as Europe and the PAL territories, it remains to be seen whether a similar deal will follow into the country. Although, as it so happens, the launch of Call of Duty: Black Ops II coincides perfectly with that of the new console.

At the moment the new PS3 price in India has not been fixed, and will be done at a time closer to launch, taking into consideration the exchange rate at the time. The current PS3 Slim retails for about Rs. 20,000 while constituting a Move bundle.