After going official in Japan and the UK, the new PS Vita Slim handheld is making its way stateside. Dubbed PCH-2000, the console is a refreshed model that currently only offers Wi-Fi connectivity. Sony plans to make it available for purchase through the Borderlands 2 Limited Edition PlayStation Vita Bundle that goes on sale this spring.

The revised handheld was announced back in September along with the Vita TV mini console for the Japanese market. The device comes with a modified form factor which provides a slimmer and lightweight design. Sony has managed to get the width down 20% and decrease the overall weight by 15% compared to the original. Also, the 5-inch OLED screen has been replaced with an LCD panel. Most importantly, the battery life has been increased by an entire hour, now providing you with up to 6 hours of continuous gaming. 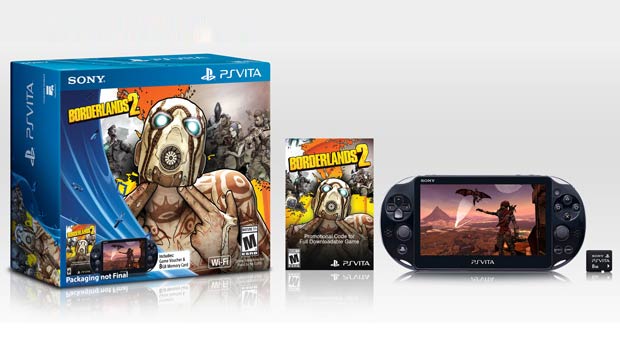 While the design has been modified, the key specs remain the same.

The new slim PS Vita PCH-2000 is priced at $199.99 and it will be available this spring through the Borderlands 2 bundle. The package comes with an 8GB memory card loaded with the said game which has been tweaked to make use of the console’s touchscreen and rear touchpad. You also get 6 DLCs for free. More details on the bundle and the game can be found at this link.