I was a super brat when it came to drinking milk early morning before school. So much so that one morning when I poured it down my window, it accidentally fell on my dad’s head who was taking his early morn stroll, and that’s when my mum caught me red-handed. But instead of yelling at me the next morning what I saw was some yummy chocolate mixed with the milk, quite an incentive. Well that’s the fun, revamping something that would otherwise seem quite boring to deal with. Sony perhaps just sensed that! 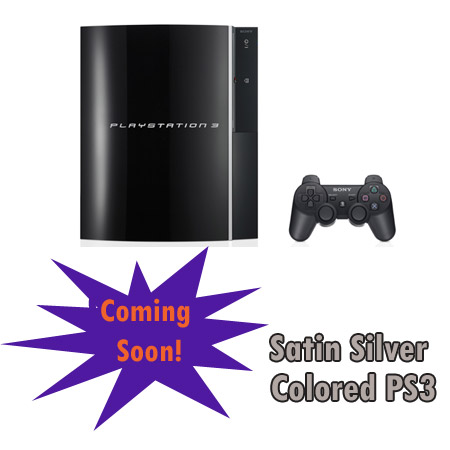 Sony Computer Entertainment Japan (SCEJ) has revealed that it is in the works of rolling out a metallic Satin Silver colored PS3.

However, only and only the 40GB model of Sony’s next-gen console will be available in the all-new color. Syncing well with the satin silver-colored PS3 will be a DualShock3 Wireless Controller which will also be embellished in a new sliver color.

Sony will continue selling the PS3 in its previous colors of Clear Black and Ceramic White too.

Shipping from 6th March, 2008, the latest metallic satin silver-colored PS3 console will be priced at 39,980 yen. The silver-colored DualShock 3 Wireless Controller needs to be bought separately for 5,500 yen.