New Samsung Nexus 10 arriving in the ‘near future’

A new Samsung Nexus 10 tablet is slated for arrival in the ‘near future’ and this news has apparently slipped out through Google itself. The funny thing here is that Samsung is also rumored to launch a Nexus 11 slate, based on past reports, which will employ an octa core SOC instead of the Exynos 5 dual processor in the current version. Well, both devices could be one and the same as even Asus has introduced a refreshed 7-inch Google-branded slab while retaining the previous moniker.

This piece of news comes via journalist Amir Efrati who has posted on his Twitter handle that Google’s senior vice president Sundar Pichai has mentioned the existence of a new Samsung Nexus 10 tablet to him. The tweet also notes that the slate will arrive in the near future carrying a 10-inch display powered by Android. No other details regarding the device or the version number of the OS have been divulged. Well, this information isn’t likely to be hidden for long as leakers out there have seemingly mastered the art of spoiling surprises of upcoming launches. But we’re not ones to complain. 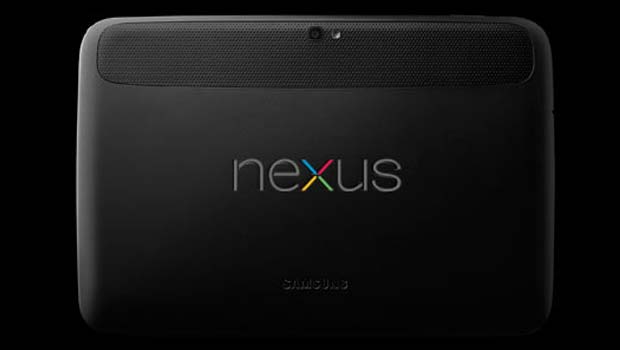 So, what’s the new Samsung Nexus 10 going to look like? That would be anyone’s guess, but knowing how the conglomerate operates, we’re likely to see the refreshed version come with a similar design language and beefier specifications. The new Samsung Nexus 10 should house an octa core CPU with either PowerVR or Mali graphics, depending on the SOC model selected.

Let’s assume that the near future release frame is at the IFA 2013 where the Note 3 will be unveiled. If so, the new Nexus 10 could come with the latest technologies the conglomerate has been cooking up. On a closing note, Asus re-releasing the 7-inch slate and the company in question taking another shot at the 10-inch tablet has got us believing that maybe LG will launch a successor to the current flagship Android smartphone. Everyone deserves a second chance, right?