A new list of specifications of the Samsung Galaxy Mega 2 has surfaced suggesting that previously leaked information could hold inaccuracies. And here we were under the impression that almost everything about the upcoming phone was out in the open.

One of the main components of the Samsung Galaxy Mega 2 which garnered it a lot of attention is its processor which was supposed to be a 64-bit Snapdragon 410. Well, an image which shows a complete list of specs was recently posted online by GSMArena highlighting that the device will feature a Pega Pro quad core chipset instead, clocked at 1.5GHz. 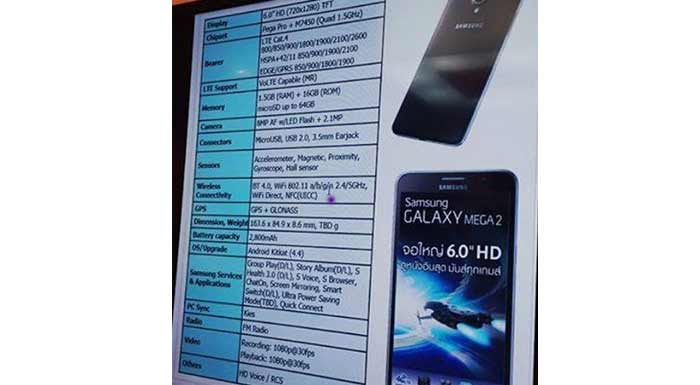 The Pega pro chipset is most likely a custom one from Samsung which uses an Ericsson modem (M7450) for LTE Cat.4 support. The Galaxy S4 Zoom handset had the Pega-Dual (1.5GHz dual core) SoC coupled with the Intel XMM6262 modem. Apart from this, there’s also confusion on the memory which is listed as 1.5GB RAM and 16GB storage in the new leak, while previous reports suggested 2GB RAM and 8GB of flash storage.

And the cameras have been downgraded to 8MP rear and 2.1MP front from 13MP and 5MP, respectively. What has apparently remained the same though are the 6-inch 720p HD display and dimensions of 163.6mm x 84.9mm x 8.6mm. Other details of the smartphone which can only be confirmed at the IFA in September, include its 194gm weight, 2800mAh battery and Android 4.4.4 KitKat OS. 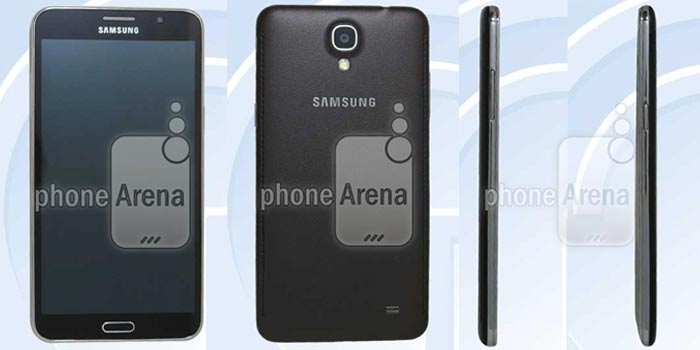 The source of the current information hasn’t been authenticated, while the previous details surfaced via the TENNA certification website in China and GFXBench, both of which are somewhat trustworthy. The main issue here is that the two versions of the handset look very believable and it could just be that the Samsung Galaxy Mega 2 handset will arrive in different configurations.