If you live in the UK and are looking for a mid-range phone, Samsung will try and tempt you with the Galaxy Express 2. The handset is going to be a Vodafone exclusive for some time and will make its way onto other retailer shelves at a later date.

Modest-sized for a smartphone by today’s standards, the Express 2 will be launched in the UK on October 23, that’s tomorrow. You can grab the device in shades of ceramic white or rigel blue (sounds like ‘regal’ misspelled, doesn’t it?) and the latter color will be exclusive to Vodafone. 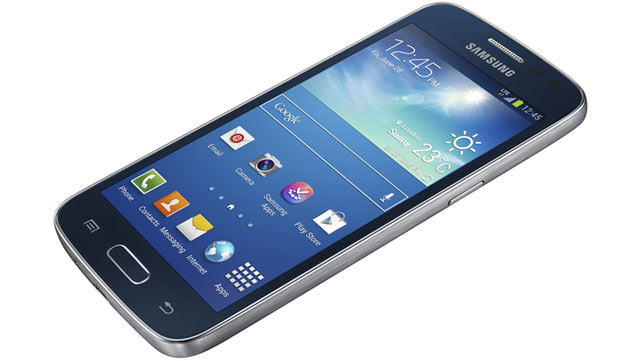 Samsung’s packed some very average features into the new Express, making it good bait for those upgrading from a basic feature phone or for folks who like to keep it simple. One look at the specifications should be enough to confirm this.

All in all, the smartphone doesn’t stray far away from the original in terms of specs. The newest and closest competitors to the Express 2? Samsung’s very own Galaxy S4 mini and the Lumia 1320, if you’re willing to ignore the latter’s Windows Phone OS affinity.