Samsung may change its flagship lineup, but not the tradition (read: generic) design of its phones and the upcoming Galaxy Alpha is proof of that. Images of the smartphone have been leaked online and while the handset looks to be slightly more attractive than the current flagship, there’s a lot that has remained untouched.

SamMobile has managed to get its hands on the Samsung Galaxy Alpha images via its sources. For a leak, the quality of the pictures is pretty great and they showcase every nook and cranny of the handset. As seen in the image below, the upcoming high-end phone will have a smaller display which will reportedly be 4.7-inches. 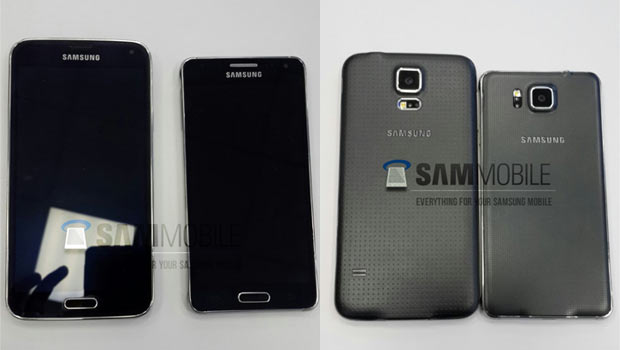 The handset has a more rectangular shape rather than curved and the component placement is still the same. Where the resolution is concerned, we wouldn’t expect a 2K AMOLED panel on a screen of such size. A 720p HD display is most likely on the cards, but it wouldn’t hurt to have 1080p visuals either.

While the rear panel looks the same as the one on the Galaxy S5, expect for the repositioned flash and heart rate monitor, the plastic bezel on the side has been replaced with an aluminum one. Also, the phone won’t be water-resistant mainly because the ports have been left exposed. 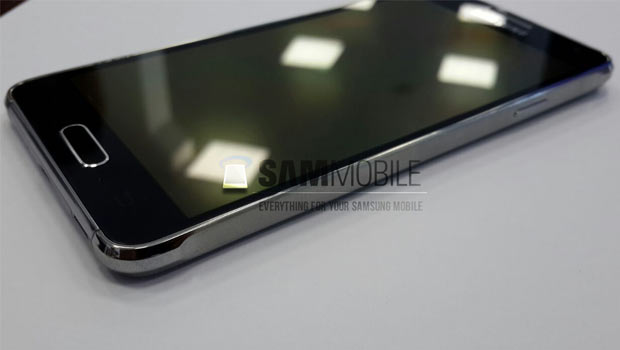 Not much is known about the hardware, but the source has confirmed that there will be 32GB of internal storage and no microSD expansion. Additionally, an LTE-A version of the phone is also in the works which will most likely carry the latest Exynos ModAP processor from Samsung with LTE speeds of 150Mbps. This model is going to be a limited edition release and there’s no word on what chipset the normal version will carry.

The Samsung Galaxy Alpha stands between the S5 and its mini version. There’s no information on when the phone will be launched, but the IFA 2014 is the event worth looking forward to.