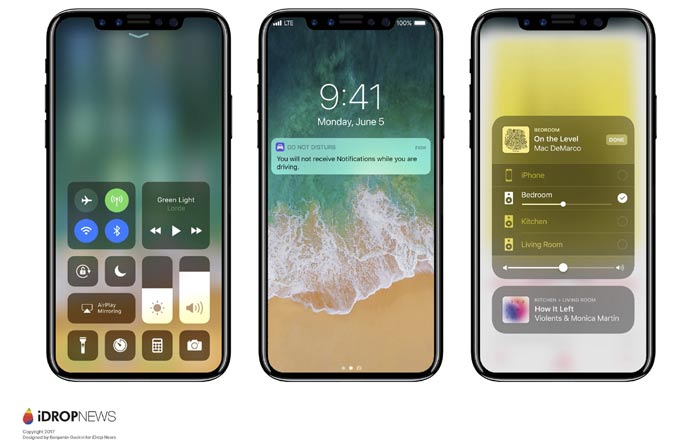 Apple recently unveiled iOS 11 to the world, providing a sneak preview of what people should expect with the iPhone 8 in September. Frequent collaborators iDrop News and Benjamin Geskin have now come out with a number of renders to showcase what the handset will look like running the software, alongside a couple of interesting new details.

As per the publication, the iPhone 8 or iPhone X is going to ship with support for wireless charging courtesy a large ‘pad’ inside and a glass back outside. It might sport a vertical dual camera setup on its rear surface, repositioned to enhance its usability and effectiveness when the device is placed in landscape mode for AR activities.

The iPhone 8 may get a 3D dual snapper system up front which will work in partnership with a laser and infrared sensor to allow for iris and facial recognition. It’s probably going to hide Touch ID underneath the display, though the same can’t be said for the aforementioned selfie shooter and sensors. 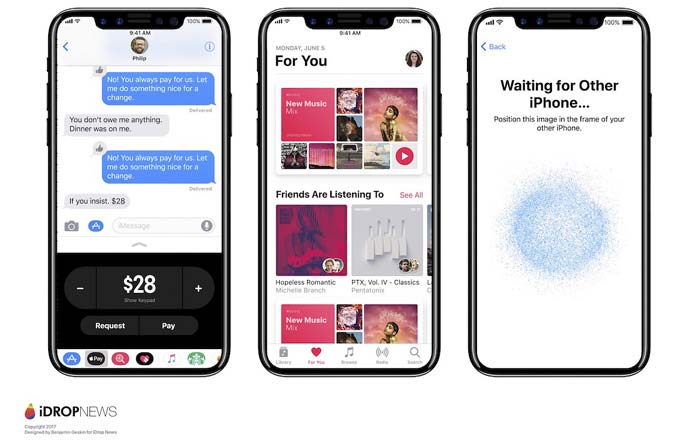 The debate is still on regarding this, with some believing Apple will disguise them completely and other pointing towards a small sensor bar being present on top. The latter creates a very prominent cutout that juts into the screen. It’s not known how Apple plans to circumvent this issue.

Apple could ignore it, as seen in the concept renders, and require developers to find their own way around it. Alternatively, it might black-out or white-out affected sections of the panel to present a standard rectangular display.