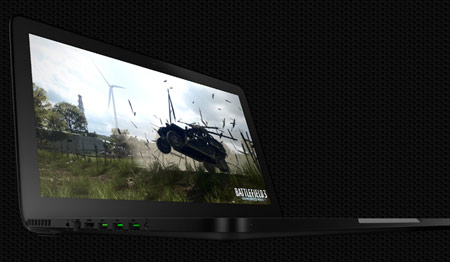 Reminding us of Apple’s unusual naming decision for the third iPad, the new Razer Blade has been unleashed for fans of portable gaming. The laptop may have retained the original 0.88mm profile, but it has certainly stretched a bit, with the chassis now sporting a 17.3-inch 1920 x 1080 LED backlit screen.

The new Razer Blade is fitted with an Intel Core i7 processor and 8GB 1600MHz DDR3 memory. On the graphics angle, it has 2GB dedicated GDDR5 video memory and Nvidia GeForce GTX 660M with Nvidia Optimus technology. On the deck, users will find the keyboard, the multi-touch LCD which is capable of showing in-game information as well as 10 adaptive tactile keys. 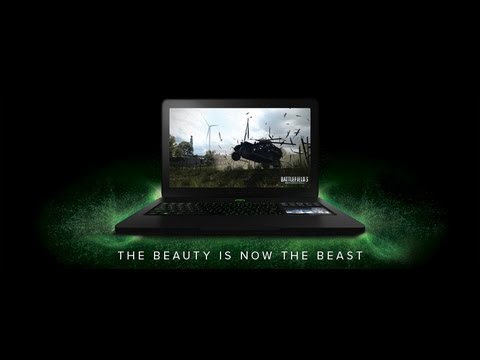 “The all-new Razer Blade is built to defy all conventions; it is has extreme levels of performance and yet amazingly thin,” explained Min-Liang Tan, Razer CEO. “The Blade features the next generation of Intel quad core processors combined with powerful Nvidia GTX class graphics chips and the fastest RAM available, resulting in a machine that is insanely powerful.”

“With the new Razer Blade, we set out to design something truly phenomenal with extreme performance for gamers in an ultra-thin form factor,” added Tan. “The design and hardware advancements, combined with our revolutionary user interface, makes the new Razer Blade, without doubt, the very best gaming laptop we’ve ever designed. The Beauty is now the Beast.” 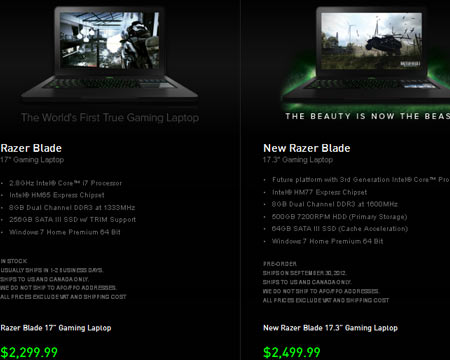 The new Razer Blade price and release date details reveal that it should be available in the US and Canada for $2499.99, on September 30. As for the older version, it is currently being vended at $2,299.99.