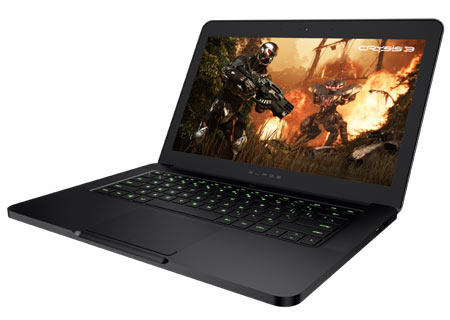 Razer has yet again upgraded the Blade laptop and has even announced the Blade Pro in the US, both featuring high performance hardware with steep price tags. The former device falls in the 14-inch category, while the latter is aimed towards business users and gamers carrying a large display of 17 inches wide.

The new Razer Blade is the first refresh given to the notebook in 2013. Last year, the company introduced an enhanced version that has a good deal of specifications and a sleek 0.88mm profile. There was also a limited edition Star Wars themed setup that had an estimated retail amount of $15,000. The latest iteration continues the tradition with its eyes set for the world’s slimmest title in its category. 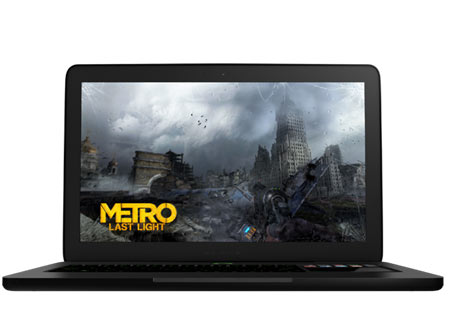 Compared to Apple’s MacBook Pro and Air that measure 0.75 and 0.68 inches, respectively, this gaming rig is just 0.66 inches thick. Additionally, it weighs 1.876kg. Under the lid, an LED-backlit HD+ 14-inch panel is fitted with multi-touch support, 1600 x 900p resolution and 16:9 aspect ratio. This system is being deployed with a 70Wh rechargeable Li-ion polymer battery that’s capable of delivering up to 6 hours of activity life.

The 17-inch Blade Pro model is 0.88 inches thin and weighs 6.5 pounds. It houses a full HD 1920 x 1080p 16:9 ratio LED backlit panel and features touch input. Designed for work and play, it comes with the Switchblade UI that’s accompanied by professional applications such as Adobe Photoshop as well as Premiere Pro, Maya, GIMP and many more which are made available for free. A 74Wh rechargeable battery powers it up. 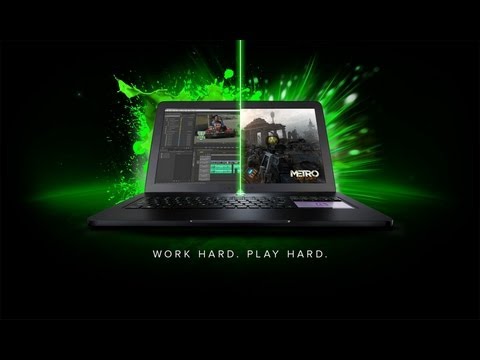 Both aforementioned notebooks pack in the same hardware components. The Windows 8 platform runs the show with a fourth generation Intel Core processor powering them up, making the duo amongst the first to go official with Haswell CPUs. For high performance in games, there’s the latest generation GeForce GTX 765M in tow with 2GB of DDR5 VRAM. On the memory front, buyers will have up to 8GB of RAM and options of 128GB, 256GB or 512GB of SSD storage.

The new Razer Blade and the Blade Pro are expected to go up for pre-order on June 3 in the US and Canada with starting price tags of $1,799 and $2,299, respectively. 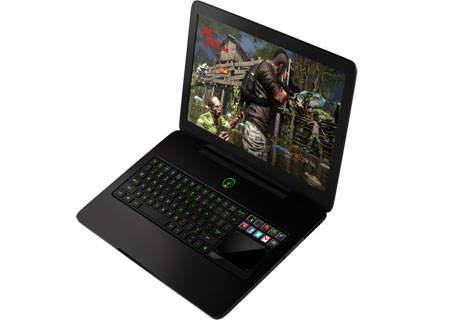 Common features of both laptops are listed below: