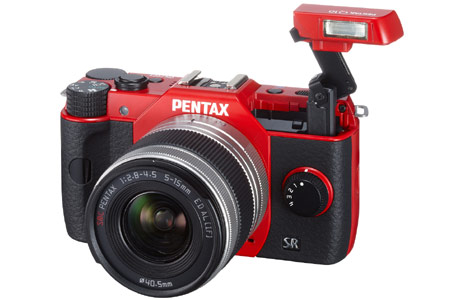 The new Pentax Q10 price and release date have come to light, and accessories for the interchangeable lens camera have been revealed. These include a Q-mount telephoto zoom lens and the Adapter Q for K-mount lenses. Recently the imaging company announced the X-5 with 26x optical zoom.

The Q10 is a 12.4MP camera based on the Pentax Q and features a high-performance imaging engine which, when combined with Q-mount lenses, is capable of clear, high contrast images. Its ISO range starts at 100 and goes all the way up to 6400, while with the built-in High Dynamic Range (HDR) function users are able to use many images to create a composite photo.

“Not only does the new Pentax Q10 have a tiny footprint but it packs a powerful punch when it comes to picture taking, especially when compared to any smart phone or digital point-and-shoot camera,” explains John Carlson, Sr. Manager of Sales and Marketing, Pentax. “With the availability of a K-Mount adapter for the Pentax Q-series of cameras, we have extended this camera category to fulfill endless photographic possibilities for Q users, who can now use any one of 25 million Pentax K-mount lenses with their Q system.” 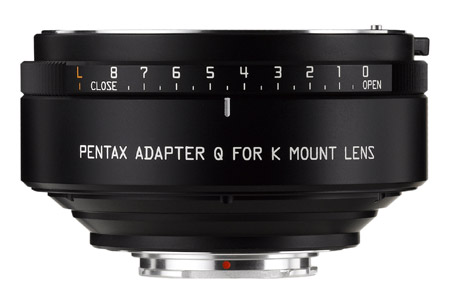 The snapper comes with a 3-inch LCD display and oddly enough, the Quick Dial is located on the front apparently to access settings faster, without having to go through the camera’s menus. It carries along an upgraded AF algorithm and detects up to 12 faces. The camera maker has even built in a special mechanism which effectively prevents dust spots from ruining pictures. There’s a ton of other stuff padded in like full HD movie recording, bokeh control and shake reduction.

Like we mentioned, the Pentax Q10 price and release date details have been revealed. The camera is available for $600 and can be pre-ordered now from the official website. It will be made available starting in October. The Pentax-06 telephoto zoom lens will arrive for $300 next month, and the Adapter Q for K-mount lenses will come for $250 later in the year.