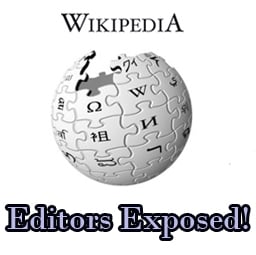 Wikipedia, the online encyclopedia of the masses, for the masses and by the masses has now has a new online tool called WikiScanner that reveals just who the contributors and editors are.

Basically, Wikipedia encourages participants to adopt online user names when contributing or even editing any article. The site also lets contributors be identified simply by their computers’ numeric Internet addresses.

Since almost all of Wikipedia’s pages can be edited by just about anyone, there is a great potential for individuals, corporations and organizations to manipulate content, run reputation management campaigns and even whitewash data. This usually appears to be done anonymously by someone or the other.

In the past, this has turned out to be quite a problem for Wikipedia. For instance, PCs in the congressional offices were discovered to have been involved in Wikipedia entries that trashed political rivals.

Yet another example of misuse was when PCs in the Scientology officialdom were used to remove criticism in the church’s Wikipedia entry.

This prompted a computer scientist called Virgil Griffith to devise WikiScanner. He is on his way to entering grad school at CalTech.

Basically, the free scanner grabs the Internet Protocol (IP) addresses used in anonymous Wikipedia edits in the past five years. It then combines that with public information about which IP addresses belong to whom.

In fact, so accurate is the WikiScanner that it is able to reveal all changes in Wikipedia that were made from computers assigned to a number of organizations.

As of now, the WikiScanner allows people to search organization- or location-wise, after which they must click on a button that reads “reveal my potential victims!” For instance, if you enter the name “National Institute of Health” or even “Wal-Mart” for that matter, you will get the results that apparently come from locations where those organizations have registered IP addresses.

However, as of now, the WikiScanner tool that was created by Vergil, with very good intentions, is down. This could perhaps be due to massive amounts of traffic coming in from people reading about this newly introduced tool