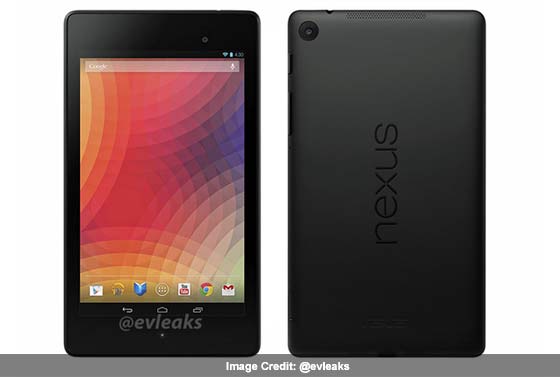 As devices like the new Nexus 7 start nearing their launch date, someone somehow always manages to get hold of the official images and specs. In this case, we’ve already seen the alleged specifications of the Asus tablet which goes by the model number K009 and launch details have even managed to reach out into the open.

It was just last week that various reports surfaced stating that the new Nexus 7 would go on sale by the end of this month. Also, a retail amount of $269.99 was leaked out in the bargain. Coming to the latest tidbits going around, the famous @evleaks has struck again by disclosing fresh press photos of the upcoming 7-inch tablet. A second tweet from the account also noted that the slate will arrive in the 16GB and 32GB configurations. 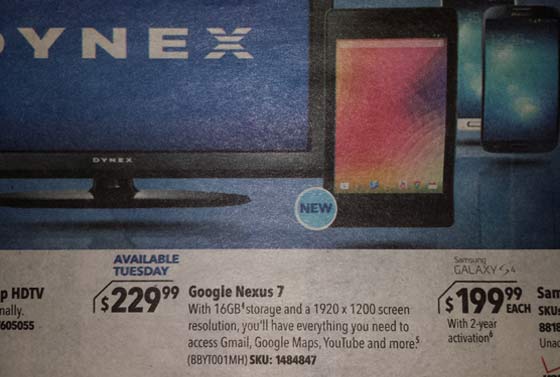 So we’ve now gotten a pretty good look at the final version of the new Nexus 7, but it doesn’t end here. The guys over at Phone Arena have managed to confirm its launch details through a Best Buy flyer which was sent in by an anonymous tipster. The ad mentions that the slate will be available in stores starting next Tuesday. And now for the final chapter – The new Nexus 7 will have a 1920 x 1200p 7-inch screen, a Snapdragon S4 Pro SOC, 2GB of RAM, a 4000mAh battery, dual cameras (5MP rear and 1.2MP front), and cellular support amongst others.

The new Nexus 7 is expected to be unveiled along with Android 4.3 and possibly other Google branded devices as well as services at an event on July 24. The tablet will be released on the 30th of this month for an approximate starting price of $269.99.