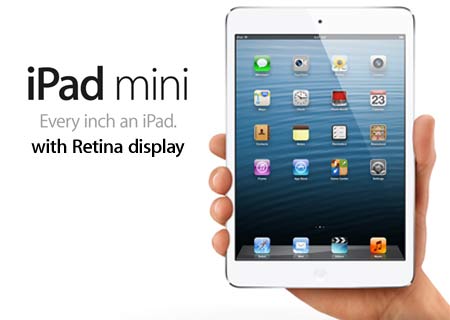 Rumor has it that Google will send the Nexus 7 out for round 2, but this time with a much better display and we’re looking forward to a bump in its specifications as well. A Retina iPad mini is also under speculation and it’s expected to go official sometime during the third or fourth quarter of 2013.

CNET reports based on details provided by DisplaySearch analyst Paul Semenza, that the Google tablet competitor will come with an upgraded display that is currently employed in the larger iPad lineup. The compact version of the Apple slate, supposedly branded as iPad mini 2, will house a high resolution touchscreen which will proffer a count of 2,048 x 1,536 pixels. The current version has an HD 1,024 x 768p screen, so this would be a substantial upgrade in clarity. Also the pixel density count will be greatly increased from 163ppi to 324ppi.

There have been discussions pertaining to the source of the new panels. Semenza states that companies such as LG Display, AUO, Japan Display and Sharp are possible candidates. The analyst goes on to say that a refreshed Nexus 7 is in the works. This speculation is based on ‘indications’ from part suppliers based in Asia. The Google slate could come with a higher resolution screen, but probably not as high as the Nexus 10’s display. 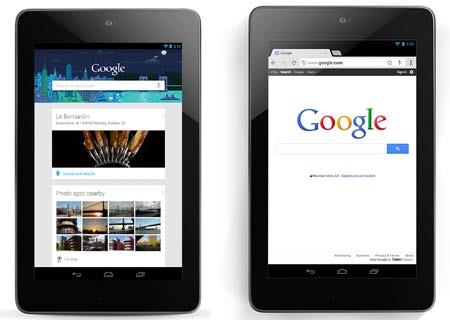 What the report points out is that the panel could be of a 1,920 x 1,200p HD+ type compared to the latter’s 2.560 x 1.600p resolution. The increase in clarity will also raise the pixel density count to 323ppi compared to the current generation’s 216ppi. Apart from better visuals, there’s no concrete information on structural changes or new hardware, Apple’s tablet is most likely to bear the same appearance and we’re sure it will get a beefier processor to go with the clearer display.

Where the 7-inch Android tablet is concerned, we feel Google could give it a bump in specifications to keep up with current trends. A 1080p screen aside, a Qualcomm Snapdragon 600 processor would go well with the slate, or if the Mountain View giant plans on sticking with Nvidia, the Tegra 4 is a likely candidate.

Before the iPad mini 2 scratches the surface, the rumor indicates that the new Nexus 7 will go official.