An official word is all that was left to hear for the Nexus 7 2013 edition as rumors and leaks have left no stone unturned with regards to the design, specifications and features. What’s surprising is that the Asus support representative which prematurely disclosed various features of the Google branded slate, was spot on with the details.

The new Nexus 7 is said to have the highest resolution display for a 7-inch tablet. The screen employed here is an IPS panel which proffers 1920 x 1200p FHD resolution, a 323ppi pixel density and a scratch-resistant glass coating from Corning. Powering it up is a S4 Pro 1.5GHz quad core CPU and Adreno 320 graphics, while memory is delivered through 2GB of RAM and storage options of 16GB and 32GB. 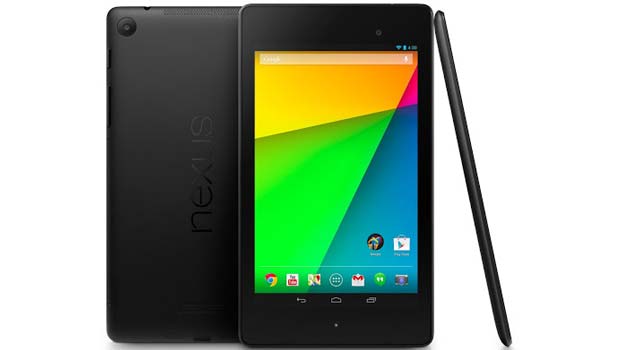 All these are components that we already know of thanks to recent activities from a few retailers. So here are some details of the new Nexus 7 that haven’t been divulged until now. The slate measures 114mm x 200mm x 8.65mm and it weighs 290 grams, making it both slimmer and lighter than its predecessor. Also there’s a 3950mAh battery that can deliver up to 9 hours of activity and Qi compatible wireless charging.

The new Nexus 7 runs on Android 4.3 which is a small upgrade to the Jelly Bean platform. While this revision is no major overhaul for the OS, it does introduce some pretty interesting features such as restricted profiles which brings in parental controls to block certain content and Bluetooth Smart technology amongst others. The latest platform is rolling out to other Nexus devices as well.

The new Nexus 7 2013 edition has even gone up for grabs through the Play store as well as various other retailers such as Best Buy, Gamestop, Walmart, Staples, Office Depot, Amazon and Radio Shack amongst others. The Wi-Fi version will be available starting at $229 from July 30 in the US and the company notes that various other countries will follow soon. Also, the LTE variant has been confirmed to arrive in the coming weeks with compatibility for T-Mobile and Verizon networks.