New Nexus 10 will be made by Asus says report, what about Samsung?

We know there’s going to a revamped Nexus 10 tablet in the near future, but the confusion is which company will be the one to manufacture it? Seeing as Asus got another chance with the 7-inch slate, Samsung was intended to be the maker of the 10-inch version for a second time. Well, if today’s rumor is anything to go by, the South Korean conglomerate may have blown its shot as the brains behind the tablet as the former OEM is now the speculated manufacturer for the new Nexus 10.

But we’re still skeptical about this. Google’s senior vice president Sundar Pichai (Yes, the man himself) apparently mentioned to journalist Amir Efrati that we could expect the tablet to arrive soon through Samsung with a 10-inch display. The South Korean conglomerate is also rumored to launch a Nexus 11. The guys over at Geek on the other hand, have heard from multiple sources that Google will instead give the development rights to Asus. To back their claim, a leaked retail image shows the Taiwanese giant as the OEM and Nexus 10 16GB as the model. 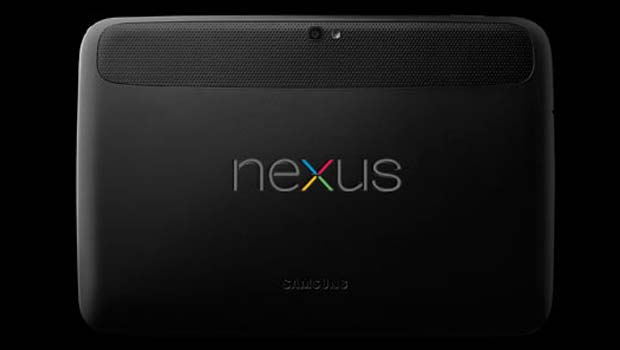 The main question here is who do we believe – The alleged statement from Google’s senior vice president or a leak? Here’s a possibility – When Pichai mentioned that we could expect a new Nexus 10 from Samsung, he in no way confirmed its arrival. The thing is that the Mountain View giant evaluates multiple designs and (probably) selects the best. On a side note, we expect a new flagship Nexus smartphone to arrive in a couple of months as well.

According to the report, the new Nexus 10 from Asus should arrive ‘in time for the holiday season’ through Google Play and Best Buy.