Smartphones like the Neo M1 running on Windows Phone may just start popping up more frequently now that Microsoft has become loose with its hardware requirements and made licensing free. The company has even noted that OEMs will be able to use the same bits and pieces for Android as well as Windows Phone devices.

So the M1 that Neo is bandying about on its official forums, according to WPPoweruser (via GizmoChina), could be the handset which was supposed to be working on Android. Either the company is planning to let go of Google’s mobile OS and bring Windows Phone (8.1) abroad, or it’s going to offer the device in a choice of either OS. 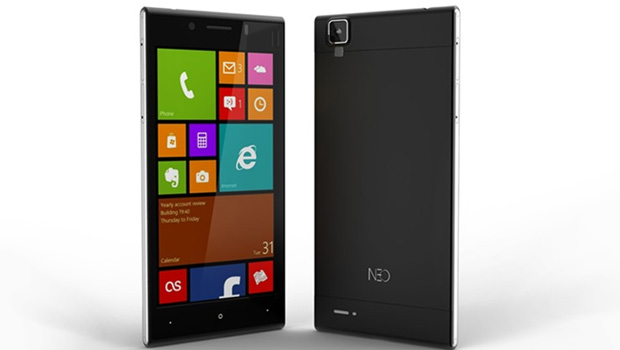 The only thing that sticks out is the quad core 1.3GHz MTK MT6582 processor which hasn’t been given the thumbs-up by Microsoft. Meaning, we don’t really know what the deal is here. Otherwise, the other details on the specs sheet look pretty neat for the mid-range phone that the M1 is expected to be.

It is reportedly carrying a 5-inch screen spitting out visuals in 1280 x 720p HD resolution. A 13MP Sony camera may ride on its back. 1GB of RAM, 8GB internal memory and a 2000mAh battery are said to be hidden under the hood. Lending the handset a premium touch is the metal casing covering every inch of it.

The Neo M1 is apparently going to be unveiled tomorrow. So eyes peeled.