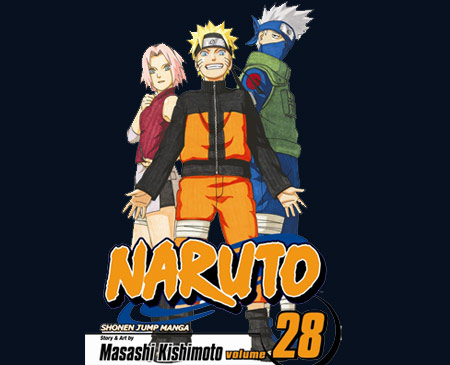 VIZ Media, a well known anime publishing, animation and licensing company has announced the launch of the much-awaited NARUTO manga story arc which begins with Volume 28 and features Naruto as a teenager for the first time ever.

Most anime lovers watch NARUTO because it is a heartfelt story of a young ninja in training. The new volume picks up two years after Naruto left to train with Jiraiya. Now, as a teenager, Naruto reunites with his old friends only to find out that everyone has become stronger than before and maybe even stronger than he is!

Gaara has even become the Kazekage, the leader of the Village Hidden in the Sand. But even with all that power, Gaara is kidnapped! Who is behind this shocking abduction and what do they want? Can Naruto save Gaara without becoming a victim himself?

“The release of Volume 28 is the culmination of our Naruto Nation campaign that began in 2007 and brought an unprecedented increase in the publication of new NARUTO volumes – 3 per month. With lots of new characters and stories, readers who grew up with our young ninja in training will delight in the new changes. For those who have yet to see what the buzz is about, this volume is a wonderful entry point into an action packed series that has captivated millions of readers,” she added.

The new volume of NARUTO is expected to hit stores in the US on March 4 for a price of $7.95 including an exclusive full-color poster insert. The best part is that new volumes will be offered every month.