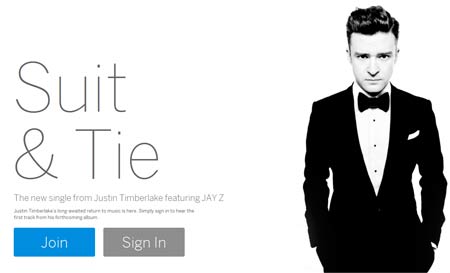 The new MySpace website has gone live and it’s open for registration. The music-oriented service is taking a second shot at the social networking scene, but this time it has been launched in an all-new attire featuring a modernized layout.

Apart from a post on Facebook and a Tweet from the SNS’ Twitter profile, the company hasn’t given out any official press announcement regarding the release as yet. However, the page is live and it can be accessed by everyone at new.myspace.com. After months of testing, the redesigned service is finally open to the public. Newcomers will be able to easily sign up for an account through a Facebook or Twitter ID. The procedure is rather short as well as intuitive and doesn’t take more than a couple of minutes to complete. 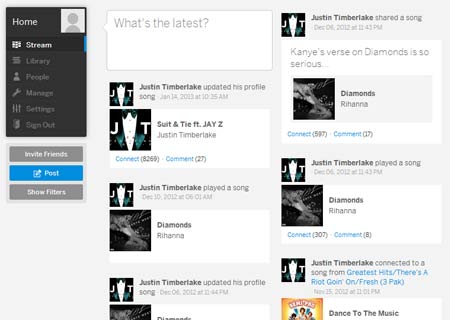 The first page that shows up after the registration basically provides users with a few tips on how to get about the website. The Stream, which is the first option on the dashboard located on the upper left side of the UI, is basically a feed of all friend or connected profile activities. The interface here has a side-scrolling layout that takes a few cues from Microsoft’s Windows 8 UI. Next on the panel is the Library where songs from connections can be found. The other options on the dashboard comprise of People, Manage, Settings and Sign Out, all of which are self-explanatory.

To find friends, artists and others on the service, a Discover tab is provided on the lower part of the screen next to the user’s profile tab and the notifications as well as messages menu. Moreover, a popup panel can be found while hovering the mouse over the music controls where an online Radio may be accessed, and it bears a wide catalog of genres to select from. Those who are unhappy with the change can easily switch back to the old UI by selecting the option centered on the upper part of the interface.

During 2011, the website was acquired by Tim Vanderhook, Chris Vanderhook and Justin Timberlake. And back in September 2012, Timberlake tweeted a video showing off the new interface and the features the service has to offer. A link to a quick tour page was provided by the site’s Facebook account. However, navigating to it kept taking us back to the main page. The video demonstrating the fresh UI can be found below.

To access the new MySpace website, the interested few can head over to new.myspace.com, as stated earlier, and sign up for an account. For reminder’s sake, old members can have their accounts transferred to the fresh layout by simply logging in and selecting the ‘join with classic MySpace’ option.