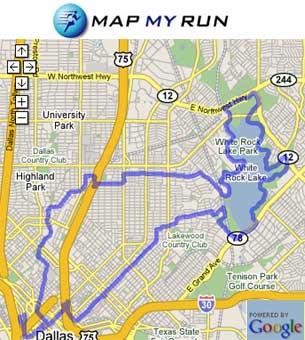 Google is now turning to its users, which incidentally run into millions, to chart a new direction for its online maps. The Mountain View, CA- based company has opened up its map making application to its users who wish to customize their own maps for personal use, as well as for sharing purposes over the Internet.

The search engine giant has launched a simple editing feature called My Maps, on its global mapping application that lets users dot out interactive points and trace routes on maps. The map creators will be given the option to make the content public or keep it private.

According to Jessica Lee, product manager of Google Maps, until now, Google’s two-year old maps had primarily been used for driving directions and finding local businesses. The more personal maps should open up new avenues as users share insights about their favorite vacation spots or a wide range of academic subjects.

In fact, thousands of hybrid maps, which are also known as “mashups”, are already available on the Internet. They document everything from local housing markets to active volcanos! However, putting together an online map typically requires some computer coding skills.

Thus, Google has tailored its tools for a mass audience, making map mashups as easy to produce as pointing and clicking a computer mouse.

“This is a big change,” Lee said. “Even if we cut loose all our developers, we could never create maps with the same depth and quality as our users can.”

Maps that have already been created by the Google community include travel guides to Kauai, Hawaii, eating and tourist spots in Sydney and an interactive map of the Tour de France.

Google has also created an Earth as Art gallery that features striking natural formations as seen from satellite.

“There’s a bunch of really beautiful things all around the earth that, unless you’re spending tons and tons of time browsing around Google Maps, aren’t going to be easy to find,” Carl Sjogreen, senior product manager with Google Australia, said.

“But with a tool like this, somebody that goes and finds interesting formations around the planet can create this rich map with photographs and descriptions.”

If My Maps works, it could drive more traffic to Google’s YouTube with the toolkit featuring an option to embed video into the maps. You can access Google’ new feature,My Maps from here.