New Motorola Razr Smartphone to be Shipped in July 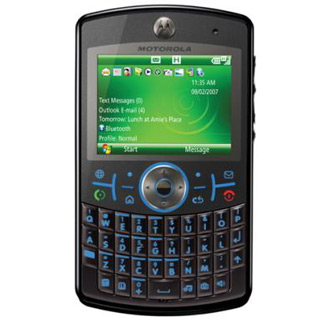 Motorola has launched Razr 2 packed with several upgrades to other top-line handsets. Biggies from the company added that the secret formula to success would be to incorporate new features and enhance the performance with a stronger software and hardware within an already stylish device.

The challenge after the sleek Razr phone, nearly 100 million of which have been sold, was “What’s after thin? How thin can you take it? What’s next with form?” noted Ed Zander, the embattled chief executive who recently fended off a proxy fight by Carl Icahn.

The answer, Motorola has apparently decided, is another Razr phone rather than a completely new device. In fact the Razr mobile phone has been an important factor in the company’s highs and lows in the past few years.

“This is a brand that we will continue to market for many years to come,” said Zander. “We wanted to keep what people loved about Razr. We wanted to make it slimmer, but make it more stunning.”

Keeping that in mind, Razr 2 features immense advancements in the forte of processor speed and screen brightness, both of which are 10 times greater compared with the original Razr. The company also has added a 2-inch display to the outside of the Razr 2, calling it the biggest external screen on a flip phone.

“I think this is going to be an impetus to get Motorola back on an uptick, because they didn’t do well this quarter,” said Will Strauss, an analyst with Forward Concepts. “Motorola needs a winner. They’ve pretty much tapped out their original Razr, with prices coming down from the hundreds of dollars to 30 bucks now. The prices are so low, it’s almost a break-even device.”

And as they say, the best things in life come in the smallest packages, the same goes with Motorola’s new phone too. The added features have not rendered a bigger or a bulkier look to Razr 2 phone. In fact the latest device is 0.08 inches thinner than the original Razrs, measuring 103 by 53 by 11.9 millimeters in size.

The original Motorola Razr phone was often disapproved of for its user interface, and now the good news is that the company has totally redesigned the user interface for easier access to the assorted multimedia functions. In addition, the mobile phone maker is integrating a newly developed technology dubbed Crystal Talk to improve phone call quality, which Zander said remains the most basic function of a cell phone.

The Razr 2 phone will be launched in the Asian region in July, and elsewhere later in the summer. The company did not name the cell phone companies that would be featuring the device, which will come in versions compatible with the two leading wireless technologies.