The newly unveiled Moto X smartphone which builds upon the legacy set by its successful predecessor is all set to go on sale via Verizon in the US starting from today. The device was already available in the country prior to this, but either in unlocked form or through AT&T on a contract-basis.

As had been rumored, Verizon will sell it with a free bamboo back as well. The 16GB Moto X will set you back by $99.99, and will entail a two-year agreement as well. And it’s at the same price that you’ll be able to get the version with a bamboo back. This variant and a pure black one will be made available through Verizon’s website and its retail stores. 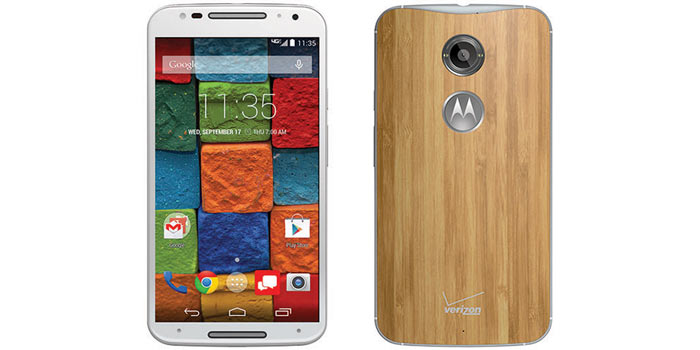 As for other variants, there’s of course the Moto Maker site which will start showing the Verizon model of the new Moto X from today onwards. There, buyers will be able to customize their handsets in a number of different ways, including getting a leather-back model.

The new Moto X has improved upon its precursor in software as well as hardware departments. It was unveiled by Motorola earlier this month, and it also made its way into India yesterday, with its price set at Rs 31999.

Here’s a good look at the specs of the new Moto X:

Apart from AT&T and now Verizon, Sprint is also expected to offer the new Moto X on its network soon.